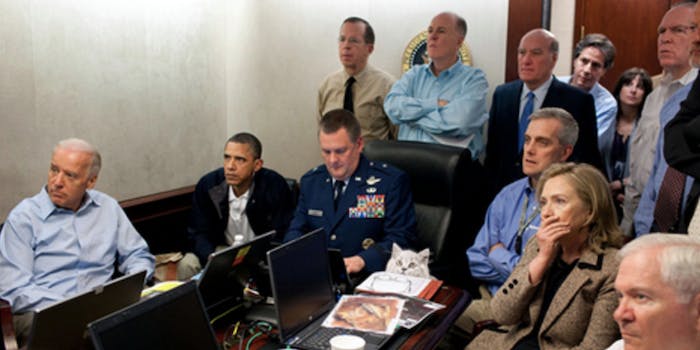 History is written by the cats.

On Monday night, New York Times columnist Paul Krugman published a blog post titled “Terror Politics.” But whatever Krugman argued in these few paragraphs has been lost in the noise over the accompanying photo.

What exactly is wrong with the header art? Take a look for yourself. 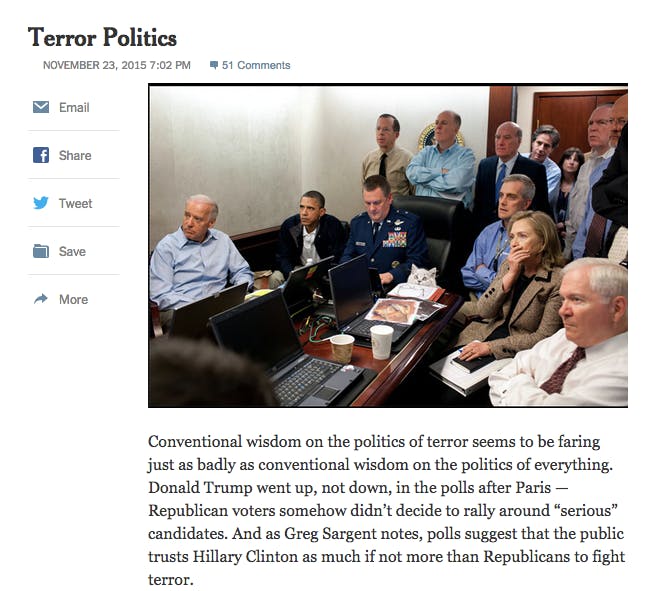 Maybe there was a cat present in the White House Situation Room when the U.S. carried out the raid that killed Osama bin Laden. But somehow it seems like someone would have brought it up earlier.

Shortly after 12pm ET Tuesday, Krugman updated his post to say that the use of a Photoshopped image was intentional—even though he hadn’t included an image credit till then—calling it an attempt “to lighten things up slightly.”