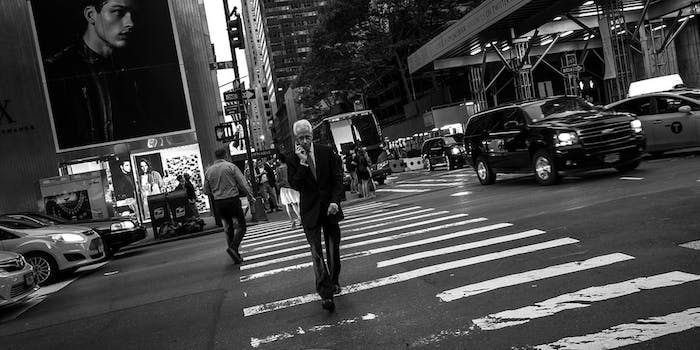 You think women have it tough? Well, you're right, but still.

Activist group Hollaback’s recent video showing a woman experiencing hundreds of catcalls as she walks silently through New York has sparked a massive public debate about public propriety over the past few days. The video has racked up more than 15 million views and been applauded for shining light on the often-overlooked issue of street harassment, although it has also been criticized over its racial politics.

Regardless, the video makes clear that women have it pretty bad. But how does one white woman’s experience compare to the experience of her male peers? The jokesters at Funny Or Die have taken it upon themselves to document the myriad hardships of the middle-class white man walking the streets of the Big Apple, and the results…well, they probably won’t surprise you.

It’s a hard life, being a white guy.