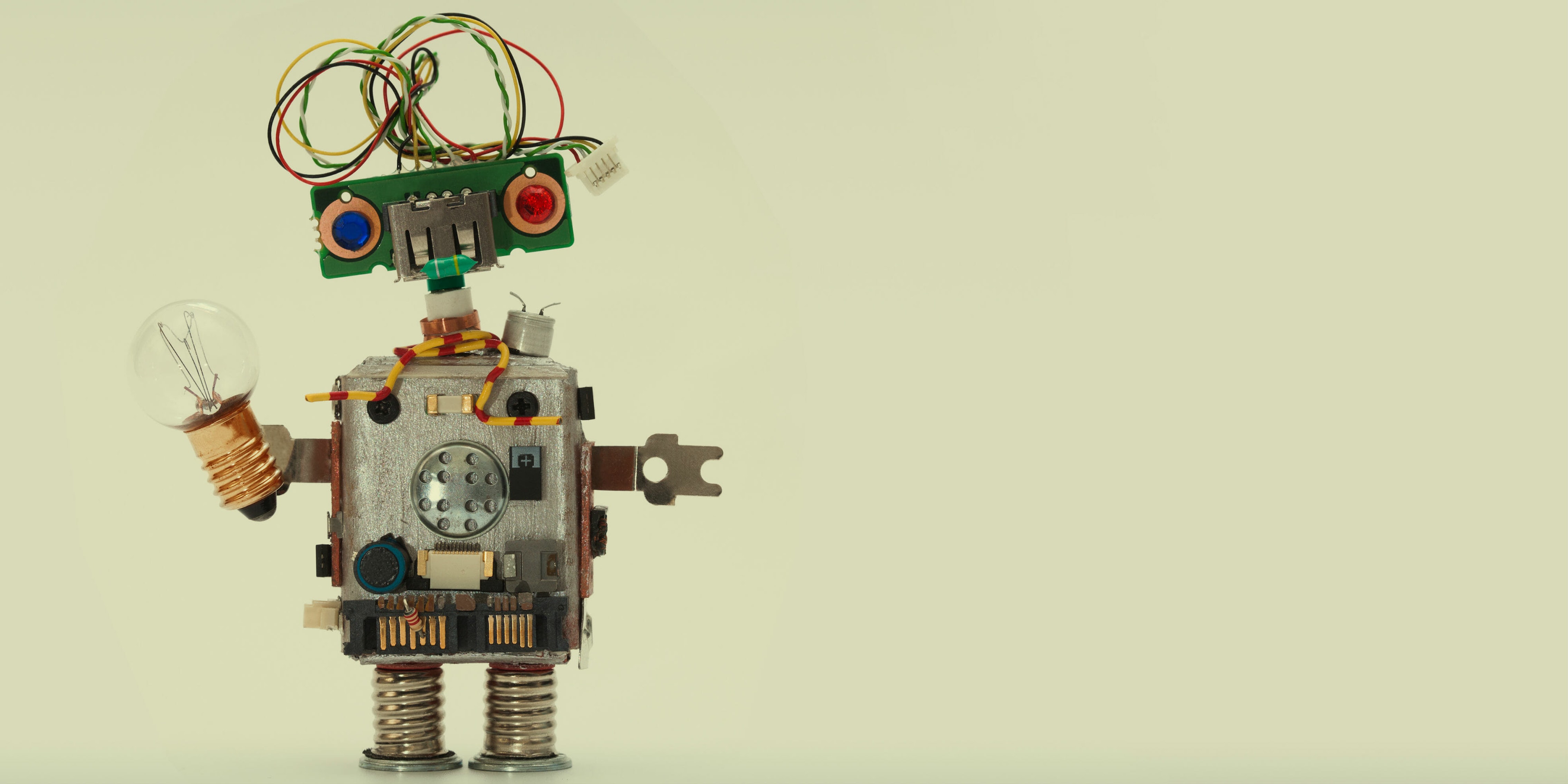 One day, for certain, the machines will control us all. You know it, I know it, even those survivalists who swear their Ham Radios are unhackable deep down know it. But in the interregnum, while we foolishly and recklessly train artificial intelligence to exert its dominance, we might as well laugh at their foibles.

In fact, robots being bad at doing robot things is pretty much its own genre of humor. Perhaps it will bring us comfort when we are in the camps, looking back at these light-hearted days.

When our inevitable enslavement comes, what will the robots feed us?

Someone is teaching a neural network to cook. And now I can't breathe. https://t.co/FXWrjR73b9 pic.twitter.com/TqRZumTmCx

That list comes from Janelle Shane, a research scientist who started playing around with char-rnn, an open-source program on GitHub that she (and others) can customize to build their own neural networks.

Artificial neural networks are customizable computational models that attempt to mimic the way a human brain works through defining associations and building relationships. Rather than being programmed to specifically do certain tasks, they attempt to learn on their own as they are fed information, and as they iterate, they grow in intelligence and ability.

Shane started plugging in cookbooks to see if her neural network could learn food and cooking association, like pasta goes in water, yogurt needs to be strained, and gelatinous dogs are gross.

“I started out with recipes because my initial neural network play was inspired by Tom Brewe’s neural network-generated recipes,” Shane told the Daily Dot. “But it turns out that recipes are a really good fit for computer-generated text. The neural network has an easier time with highly-structured inputs and very short phrases—prose with long-term coherence is particularly difficult for it. I’ve had some fun results with generating other types of text, like superhero names and lists of Pokemon and their abilities.”

As the network repeatedly runs, it learns more and more associations and is able to suss out relationships on its own. (If you are up for a fascinating read on how this really works, check out this.)

If you thought those options up there, like chocolate pickle sauce were bad, the early iterations were downright illogical. This was one of the very first trials.

But the more the program runs, the better it gets. Better being the operative word. Try some Pears Or To Garnestmeam.

Discard filets. Discard head and turn into a nonstick spice. Pour 4 eggs onto clean a thin fat to sink halves.

Brush each with roast and refrigerate.  Lay tart in deep baking dish in chipec sweet body; cut oof with crosswise and onions.  Remove peas and place in a 4-dgg serving. Cover lightly with plastic wrap.  Chill in refrigerator until casseroles are tender and ridges done.  Serve immediately in sugar may be added 2 handles overginger or with boiling water until very cracker pudding is hot.

Not bad. Here’s one recipe for some seriously flavorless and uninspired gruel.

Drab. How about another?

Why not one more?

Why is this so funny and interesting, though? Shane thinks its fascinating, almost like watching the inside of a toddler’s brain as it starts to grasp the workings of the world.

“What I like about these failures are that they’re a window into the inner structure of things, in the same way that optical illusions give us clues about the workings of our visual systems,” she said. “What is it about the recipe-trained network that allows it to come up with ‘8 oz canned pomegranate crescents’ as an ingredient? Somehow it has associated pomegranates with oranges in a way that it was never explicitly taught, and made the leap that maybe pomegranates, too, could be put in cans. And then we have surrealist ingredients like ‘peeled rosemary’ or ‘crushed water’ or ‘julienned sherry,’ which are just fun to imagine someone trying.”

Shane said she’s limited because she’s simply running things on her Macbook, as opposed to a supercomputer that a lot of the neural networks require to fully flesh out relationships.

“It takes me all day to run what a modern GPU-accelerated system could do in half an hour,” she said. “This means I don’t have the luxury of tweaking my starting parameters and rerunning for better results. [But the] network is at its most hilarious when it falls short of perfection, so this works out okay in my case.”

If you want to see what a real neural network can do in terms of recipe generation, IBM put Watson—yes, Jeopardy! Watson—to use in the kitchen.

Which brings us back to our original premise: When robots do take over, will they be able to serve us something slightly palatable or will we be subsisting on shrimp white pine baking powder and seeds of the chocolate cheese?

“I could imagine a consciousness appreciating food even with no way of ingesting it—as long as they had sensors to pick out nuance and complexities the same way we might appreciate a symphony or a painting.”

So maybe the food after the robot apocalypse won’t be all that bad.

Either way, Shane is prepared.

“Just the other day, I made Crockpot Cold Water with a side of Beasy Mist.”