Guy with Netflix tattoo gets a free year of Netflix

One brave person took their devotion to Netflix to a new level, getting a tattoo of the streaming-video service's name blasted into his flesh.

It takes a hardy soul to get inked with the name of a brand. That dedication goes far beyond grabbing a T-shirt or scooping up a fridge magnet. This is a symbiotic relationship for life.

One brave person took their devotion to Netflix to a new level, getting a tattoo of the streaming-video service’s name blasted into his flesh. 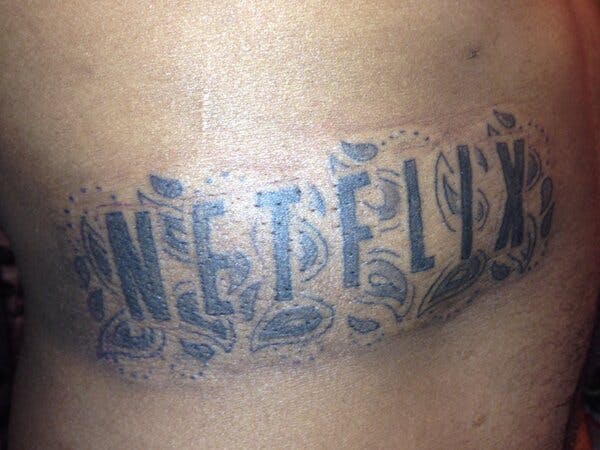 That guy, @TheRealMyron, tweeted a photo of the art to Netflix, and Netflix was certainly taken aback by the gesture.

So there you have it. All you need to do to get a free year of Netflix is to get a tattoo of the company’s name, which we absolutely recommend you do. The only catch is it’ll probably cost more than shelling out for a year of Netflix, and there’s no guarantee it’ll work for you.

Or you could try stealing a pic of someone else’s Netflix tattoo and tweeting it. Not that we’re saying TheRealMyron did. But it’d work.

Two months until Myron watches the new, Netflix-only season of Arrested Development and blurts out, “I’ve made a huge mistake.”