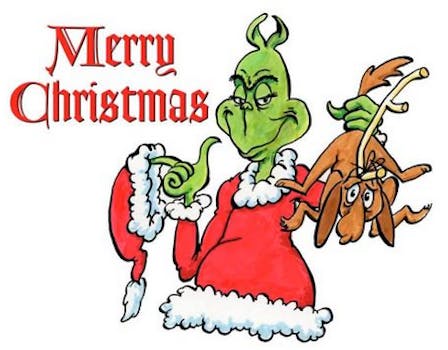 This is why you couldn’t watch Netflix on Christmas Eve

Movie watchers hoping to catch the latest rerun of Elf on Netflix Monday night got scrooged in a major way by an Amazon server outage that made streaming movies on Netflix a near impossibility.

Call it The Nightmare Before Christmas.

Movie watchers hoping to catch the latest rerun of Elf or Home Alone or It’s a Wonderful Life on Netflix Monday night got scrooged in a major way by an Amazon server outage that made streaming movies on Netflix a near impossibility.

The outage, which caused a whole massive slew of American couch potatoes to miss out on their annual screening of National Lampoon’s Christmas Vacation or the modern iteration of Miracle on 34th Street that stars actress-turned-writer Mara Wilson, began some time around 3:30pm ET and continued until roughly 10pm, when one Daily Dot staffer reported being able to watch the indefensibly delightful documentary Jiro Dreams of Sushi.

According to a Netflix spokesman, the outage was caused by a breakdown within Amazon’s cloud infrastructure, a server stationed in Northern Virginia that’s had its fair share of problems this calendar year.

Wired reports that Netflix is the most prominent user of Amazon’s cloud-based computing services.

More than 42,000 people have tweeted about Netflix in the past 24 hours. And while many weren’t sent on the subject of the movie streaming service’s outage, there were more than enough individuals who seemed completely broken up about the issue.