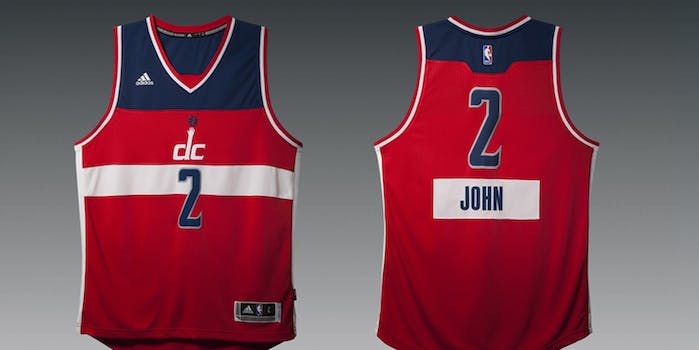 All I want for Christmas is an NBA jersey with the name Kobe on the back. Or Tony or Kevin.

Or so the NBA thought when it announced special Adidas-made holiday uniforms for the 10 teams that take to the court on Christmas Day. What makes these tank-topped jerseys special is that they feature each team’s primary logo on the front (kinda cool) and players’ first names on the back (say what?).

There are some players whose first names are mononymous such as LeBron, Michael, Shaq, and the aforementioned Kobe, but, for the most part, the familiarity assumed by the league is a bad marketing decision. Just imagine every Russell you know walking down the street in a Thunder tank top thinking they are NBA All-Stars.

The reaction by fans is uniformly (pun intended) negative with many urging the league to consider changing partners from Adidas to Nike.

Sorry not sorry, but this year’s NBA Christmas jersey is ugly and I would not spend any money on it.

@NBA @adidas ….why can’t you guys ever get the Christmas jersey’s right?

As bad as these 2014 holiday uniforms are, they are not among the pantheon of the worst NBA jerseys of all time. We have the 2010 Los Angeles Clippers with their uneven lettering; the 2005-06 Miami Heat Crockett and Tubbs, Miami Vice knock offs; the 2012-13 Memphis Grizzlies unintentional homage to the Green Bay Packers; and, my favorite, the 1997-2009 ones worn by my hometown 76ers. Looking for a gift for someone you don’t particularly like—take your pick.