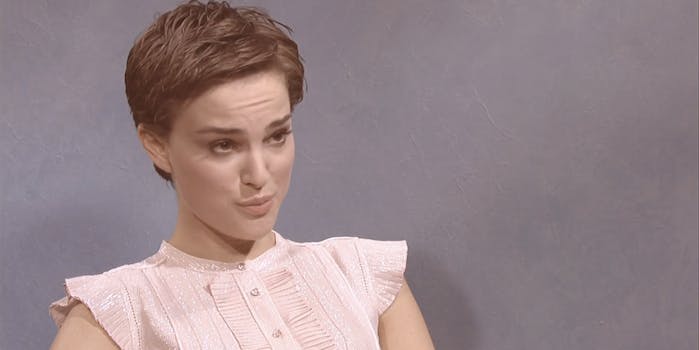 You must also be familiar with Portman's acting career.

Portland, where sex toys hang from power lines, could soon be home to a bluegrass band called the Portland Portmans, a group of people who look like actress Natalie Portman.

The band’s creator, a man who is allowing himself to be the only one who doesn’t resemble Portman, posted a Craigslist ad in search of lookalikes. “Do you look like Natalie Portman?” he asked. “Can you play upright bass, banjo, guitar, mandolin or dobro? Then get in touch.” 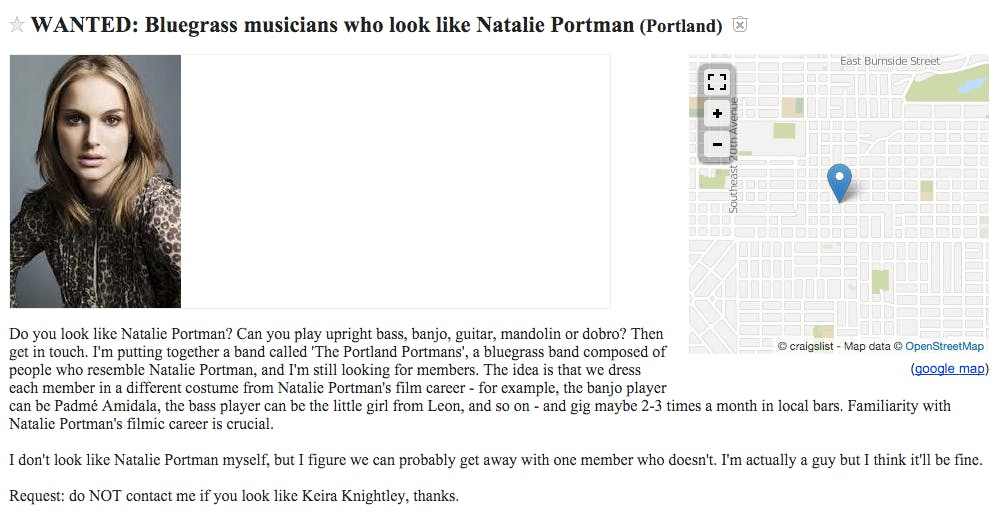 There’s nothing like some clever alliteration to help brand and market a band. And picking a gimmick like this one probably won’t hurt either. (Hey, we’re writing about them.)

The idea that each band member should portray a different Portman role is actually pretty genius. All I want is confirmation that Padmé Amidala is handy with both a blaster and a banjo. And imagine Portman’s Black Swan character on the mandolin. It’d be pure art.

Keira Knightley lookalikes need not reply to this Craigslist ad. This is only for very serious Portman doppelgängerswho are ready to sooth Portland and the Pacific Northwest with the power of bluegrass.