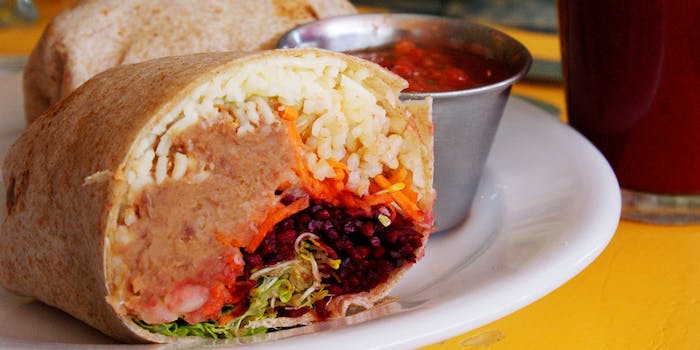 In space, no one can hear you sour cream.

Space. There’s no gravity, no oxygen, and ostensibly no life—plus, there are no good taquerias for miles.

That’s what makes NASA astronaut Terry W. Virts such a trailblazer. During his 200 days in space, Virts has captured amazing footage from the International Space Station (ISS) and broadcast it on Twitter. He’s chronicled storms, galaxies, and sunrises that look like something out of a Stanley Kubrick film.

Our spectacular universe! Look closely and you can see two satellites streaking across the sky. #SpaceVine pic.twitter.com/c9llSfFSZ8

Amid this beauty and wonder, however, an astronaut’s got to eat, and sometimes a tube of space food just isn’t enough. As many of us know all too well, there are times when only a burrito will do the job.

Watch Virts whip together a zero-gravity burrito in this time-lapse video.

That was definitely easier than I imagined—easy enough that I might reconsider my position on space travel. If I start today, I could probably make it in a few years.

Those space burritos aren’t going to eat themselves.