10 billion documents, 1 day at a time

Tumblr Storyboard goes behind the scenes of the United States National Archives and Records Administration's efforts to digitize content online.

The United States National Archives and Records Administration (NARA) has turned to Tumblr in an effort to make its collection of over 10 billion historical documents more accessible. Since 1934, the Archives have protected the country’s most precious documents, including the Declaration of Independence, the Constitution, and the Emancipation Proclamation. As “America’s record keeper,” the agency also keeps track of the American government’s daily business. Every federal office is required to report their activities in detail to the NARA, whose staff is then responsible for deciding which of these materials will be saved and made public. This means the Archives are continually growing. Only about 1-3 percent of documents submitted annually make the cut, and those that do can affect the shape of contemporary politics as well as historical memory.

Accordingly, the NARA faces the constant threat of politicization as an independent agency responsible for federal oversight. The Archives clashed with the Clinton administration when one of the President’s advisors, Sandy Berger, stole and destroyed NARA documents related to terrorist plots. During the second Bush presidency, the Archives were accused of weakness in their negotiations with the executive branch over access to public records; the New York Times said they could use some “spine-stiffening.” Bush’s administration defended their practices on grounds of national security.

More recently, on his first day in office in 2009, President Obama issued a letter to all federal agencies and departments calling for “transparency and open government.” He urged the use of “new technologies to put information about [goverment] operations and decisions online and readily available to the public.” Proclaiming “[i]nformation maintained by the Federal Government … a national asset,” this transparency memo prompted major internal changes at the National Archives.

Following instructions “to disclose information rapidly in forms that the public can readily find and use,” archivist Darren Cole, a web designer with a background in educational technology, helped start the NARA’s popular Today’s Document site two years ago. Social media users have responded with enthusiasm to the agency’s public history blogs. One follower raved, “How am I supposed to work knowing that there is a National Archives tumblr?! It’s like intellectual heroin!” I spoke to Cole about the success of Today’s Document, which is now one of 10 Tumblrs dedicated to showcasing the Archives’ holdings. 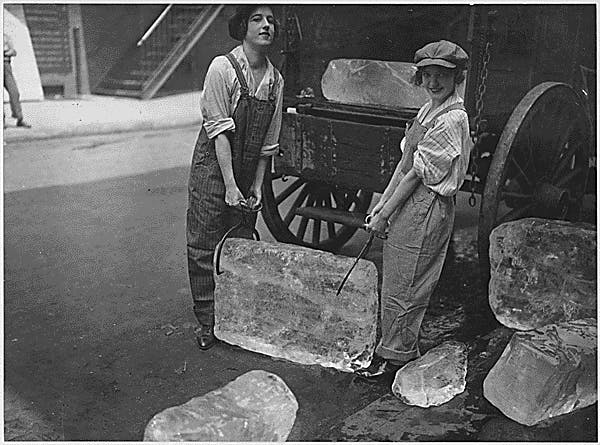 How did you decide to start a Tumblr blog?

I first came up with Today’s Document several years ago as a way to repurpose some existing web-friendly content as our own take on a “Today in History”-type feature. Two years ago, during our Agency-wide transformation to meet President Obama’s Open Government directive, some colleagues suggested revamping Today’s Document by capitalizing on social media to get more user engagement. We tried it as a traditional blog but soon switched to Tumblr. We realized the visual format might be a better fit and would let the records speak for themselves. It totally took off.

What are the goals of the site? Why write about these documents?

Broadly speaking, we’re following the directives of our strategic plan by educating, engaging, and building public awareness of our holdings, and also meeting the new expectations of the public by improving access. So long as we’re getting comments from people who have learned something new about U.S. history, become aware of the Archives, or are simply impressed that we’re even on Tumblr, I think we’ve fulfilled our mission.

How has your blog been received by the Tumblr community?

At last count, we’ve had 12 posts featured on the Tumblr Radar, so of course the response to those has been phenomenal. I think our first post to ever get on the radar — Jesse Owens at the 1936 Berlin Olympics — holds a special place. It’s a great story and a great photo, and the Radar experience was a rush. We were still fairly new to Tumblr at the time, and it took us a bit to figure out what was going on as our follower count and the notes took off. The second radar post was of Gemini X. At the time Tumblr had just rolled out new photoset layouts, and the timing couldn’t have been better. It enabled us to feature these photos in much more visually interesting way and got a lot more attention because of it. The photosets have since given us a really creative way of dealing with some of the larger record sets we want to feature, or let us juxtapose different items. The only trick now is trying to avoid featuring too many items in a single post. 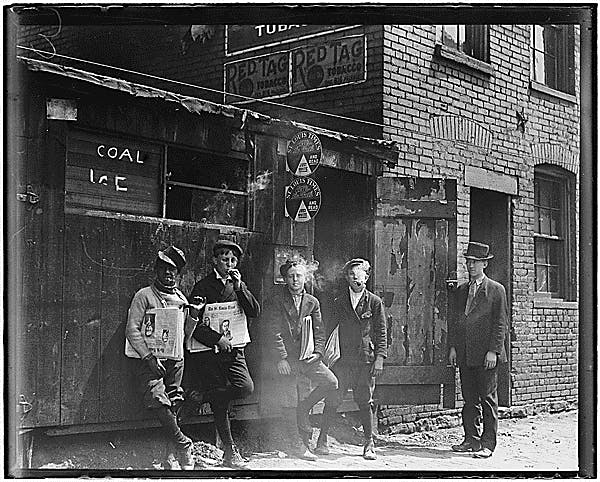 Can you give us an idea of how many documents you have to choose from? How you select the ones to be featured?

In total there are just over 600,000 digital items in our catalog, although this is growing all the time. Some days have a bonanza of potential items, and it’s hard to keep from posting them all; other days it can be a real struggle to find anything relevant to post. Personally, I have a weakness for anything fromLewis Hine or Documerica, but we try to maintain some variety. We have a fairly organic process. First, as “Today’s Document” we try very hard to find something that correlates with the day or date. It’s a contrivance but really helps to focus our search and add a bit of relevance, especially for the significant anniversaries. We try to balance that with what items will have the most public engagement, quality of the image, and what we think will make a good post on Tumblr. Various observance days like “National Sandwich Day” can be light but are a fun and easy way to broaden someone’s awareness, and we can often feature items we might not otherwise.

Have you been surprised by the popularity of any posts?

Our first bike-to-work day post was a photo of a couple on this Victorian tandem bike. It was surprisingly popular at the time (for one of our first posts) and made us realize the popularity of the vintage and quirky items (and the bike community). Another post of “Ice Girls“—two women delivering ice during World War—was picked up by several women’s history blogs and did extremely well without getting on the Radar. Both posts were wake-up calls of sorts and helped us to recognize the variety and diversity of communities on Tumblr. Hopefully we have something for everyone (or will).

Have you had any posts that received a particularly good response from your followers? Are there any personal favorites among the documents you’ve showcased?

The top post in terms of likes and reblogs — also a favorite here — was a letter from second-grader Kelli Middlestead to the Fish & Wildlife Service [expressing concern for sea otters in the wake of the Exxon Valdez oil spill]. Of course it has the cute factor, which is always a hit on Tumblr, but hopefully people found it compelling that a kid can write a letter and it will still make its way to a director of a federal agency. And even if users are too young to remember the Valdez spill (we know Tumblr skews young), hopefully that historical glimpse gives them a new perspective when considering current events, such as the Deepwater Horizon disaster.

Have any of your posts initiated interesting historical discussions among your readers?

The best example of a conversation was probably a result of our posts on the Homestead Act’s 150th Anniversary earlier this year. Someone commented, “All the documents of ‘homesteaders’ stealing land from Native Americans is bumming me out.” It gave us a great opportunity to talk a bit about the duality of history and the role of the Archives. The response to this was fairly positive, so it was not only a gratifying experience but helped to justify what we’re doing with the blog. Deciding what to post is hard for us sometimes. It would be great to post wacky patents all the time, but we have a mission to do more. 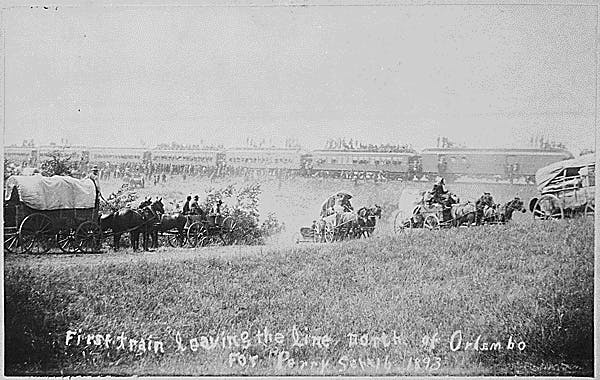