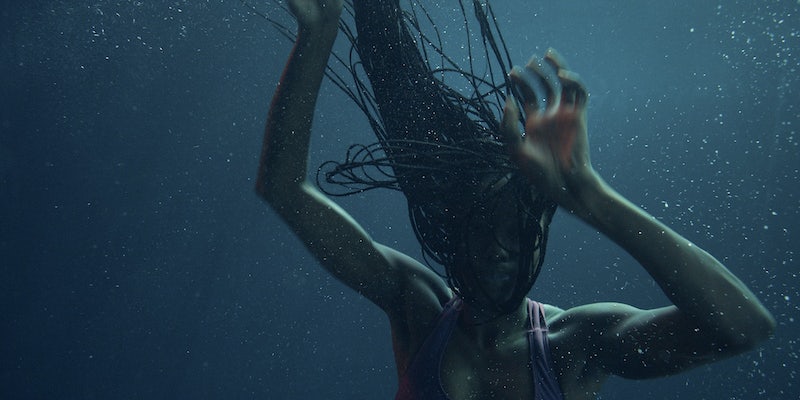 Review: ‘Nanny’ is an eerie and evocative horror debut from Nikyatu Jusu

Riffing on the vintage horror trope of a young woman moving into a spooky house with ominous, wealthy owners, Nanny is a distinctive feature debut from director Nikyatu Jusu. Anna Diop shines as Aisha, an undocumented Senegalese migrant in New York. Saving money to bring her young son to the U.S., she lands a childcare job with trendy Manhattanite couple Amy (Michelle Monaghan) and Adam (Morgan Spector).

At first, this seems like a pretty decent gig. Amy and Adam’s 5-year-old daughter Rose (Rose Decker) is a sweet kid. But tensions begin to mount between Aisha and her employers; an affluent white couple who seem friendly at first, but carelessly exert their power over the Black woman who looks after their child. At the same time, Aisha starts to have alarming visions and nightmares, slowly encroaching on her everyday life.

As the Grand Jury Prize winner at this year’s Sundance festival, Nanny arrives with a lot of hype. It also avoids the typical tone and structure we might expect from a Blumhouse-distributed horror thriller. Much of the film’s runtime is closer to a straightforward drama, with a colorful palette and luminous cinematography by Rina Yang. The supernatural elements are a slow burn, although that obviously isn’t a value judgment. Nanny is still very much a horror movie, and it’s promising to see mainstream distributors promote material that experiments with conventional formulas.

Nanny plays into a long tradition of horror-thrillers involving domestic workers and their employers. In recent years we’ve seen similar material in Good Manners (a Brazilian werewolf movie about a Black nanny employed by a white single mother), Dearest Sister (a Lao horror film about a rural girl who cares for her rich cousin), and obviously Parasite. These stories connect real-life sources of oppression with the terror of being trapped in a cursed or haunted place, guiding their protagonists toward a breaking point.

Interestingly though, Nanny’s most obvious influence isn’t a genre film—it’s the Senegalese classic La noire de…/Black Girl. This 1966 drama focuses on a young Senegalese woman who moves to France to be a live-in nanny. Viciously exploited by her employers, her story illustrates colonialism within the domestic sphere. Nikyatu Jusu pays homage to this dynamic in the relationship between Aisha and Amy, although sometimes Nanny suffers in comparison to its predecessor, with certain conflicts seeming a little too obvious. A similar issue comes into play on the supernatural side of things.

For the most part, Aisha’s mysterious visions are pleasingly ambiguous, anchored by Anna Diop’s engaging and nuanced performance. Around halfway through, however, she meets a character who feels like a transplant from a much cornier kind of horror story: A psychic folklorist (Leslie Uggams) who straight-up explains the metaphorical underpinnings of Aisha’s experiences.

This kind of direct exposition doesn’t really fit the indie-drama tone we see elsewhere, creating a disconnect with the more realistic conflicts Aisha faces at work. But while some elements don’t entirely hold together, Nanny still marks a strong debut from Nikyatu Jusu, showcasing Anna Diop’s range and emotional power as a lead actor.