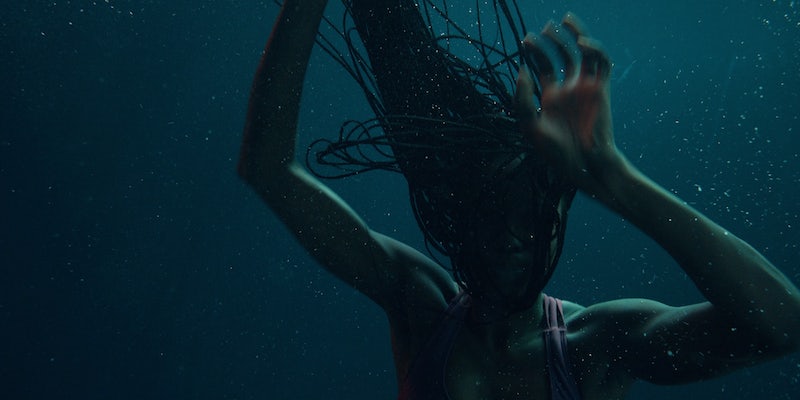 This week in streaming: The best movies from Sundance 2022

For me, the Sundance Film Festival is always an exciting way to kick off the new year. It’s 10 days of watching films with very little information to go on, so it involves taking a lot of chances. There might be some duds, but you might just be a couple of hours away from being the first to see the movie everyone will spend the next year talking about.

This year’s festival might not have played out the way people hoped—it went all-virtual for the second year running after the Omicron variant derailed Sundance’s initial hybrid in-person and online plans—but the films more than delivered. I missed navigating my way through the sheer chaos that is Park City, Utah, during the height of Sundance, but the virtual option wasn’t just great for keeping people safe: With anyone able to purchase individual tickets, it makes Sundance more widely available for film lovers who can’t make that trek.

Over the festival, which ended on Sunday, I watched 27 movies over 10 days, which included an array of harrowing documentaries, horror movies, existential threads, and crowdpleasers. While some movies are still looking for distribution, others—including audience winner Cha Cha Real Smooth, which Apple picked up for $15 million—will eventually grace the big screen and our screens. While by no means a complete list (my current ranking is over at Letterboxd), here are just some of the movies I loved at Sundance.

As one of the few Sundance movies to have previously played elsewhere (Cannes 2021) and have distribution (A24), director Kogonada’s sophomore effort didn’t disappoint. Starring Colin Farrell and Jodie Turner-Smith, After Yang is kickstarted after an android Yang (Justin H. Min) malfunctions for seemingly no reason, leaving Jake (Farrell) to figure out how to fix him. What starts as a goose chase filled with dead ends turns into a much more contemplative look at memory, loss, and what makes us human. Luckily for us, we won’t have to wait too long: After Yang is coming to theaters and streaming on Showtime on March 4.

When I think of Sundance movies I’d kill to have seen on the big screen, Fire of Love is on top of the list. Centered on volcanologists Katia and Maurice Krafft, director Sara Dosa’s use of archival footage the Kraffts filmed decades ago—a downright stunning and even hypnotic array of erupting volcanoes and flowing rivers of lava—gives us a close-up view of some of the most dangerous locations on Earth. But it’s the love story woven throughout the film, both that between Katia and Maurice and the volcanoes they studied, that gives the film its emotional core.

One thing that floored me about The Territory, Alex Pritz’s documentary that follows the Uru-eu-wau-wau people in Brazil as they defend their land in the Amazon rainforest against deforestation from outside loggers and farmers (often with implicit support from the Brazilian government), is the amount of trust and access it has. The film spends ample time with the Indigenous Uru-eu-wau-wau people (about 180 people) and the outside settlers as each side can relay their side. But The Territory, which was made in conjunction with the Uru-eu-wau-wau tribe (including several producers and a co-cinematographer), isn’t a both-sides kind of movie. It’s clear-eyed in its stakes—which have planet-wide implications—the dangers involved, and how Uru-eu-wau-wau people’s fight progresses once they use one of the more powerful tools in their arsenal: film.

In 1860, decades after the international slave trade was abolished in the U.S., a slave ship called The Clotilda arrived in Alabama with about 110 captured Black people on board before the ship was destroyed. More than 160 years later, Margaret Brown’s eye-opening documentary follows several direct descendants of The Clotilda as a new search for the remains of the ship begins. While the ship is eventually found, its discovery is merely a catalyst. As Brown shows, it’s not just giving a town of descendants the chance to reclaim their legacy and determine how they want to handle their story being told after having to spend decades of being pressured into silence. It’s a condemnation of the kind of Black history erasure by the villains in the story (some of whom did it for decades after the Civil War) that is becoming increasingly common among white supremacists offended by the historically accurate truth that white people have largely enacted the worst aspects of American history.

Good Luck to You, Leo Grande

Two years after the death of her husband, Nancy (Emma Thompson, never better), a retired widow, hires a sex worker (Daryl McCormack) for a series of encounters where clothes are only the first layers slowly being peeled off. Good Luck to You, Leo Grande explores an emotional vulnerability in how we value and treat sex, desire, pleasure, and the value of consent, and because we don’t leave the hotel room for most of the movie, we’re right there with them as they have these tough conversations. We see that Nancy is drowning in shame while Leo refuses to engage with it; he loves what he does. Apart from a brief reprise, it’s a captivating two-hander, one that fully trusts its actors—and it doesn’t hurt that it’s a little sexy, too.

In director Nikyatu Jusu’s feature debut, Aisha (Anna Diop), a Senegalese immigrant and mother, is hired to look after the young daughter of a wealthy New York couple (Michelle Monaghan and Morgan Spector) to put away enough money to bring her son to the U.S. from Senegal. Her situation isn’t ideal: She’s forced to contend with her employers not paying her on time, asking her to do far more than she’s supposed to, and being used by husband and wife amid a fractured marriage. But Aisha is also haunted by images of her son and two figures from West African folklore, both of which have begun to blur dreams and reality. Diop is fantastic, and Nanny’s world is painted with vivid colors and imagery, positioning Jusu as an exciting voice in horror; on top of winning Sundance’s top prize, her next film already has a home.

I suspect that the details and revelations in Navalny, a gripping documentary about Russian opposition leader Alexei Navalny and his fight for his country in the face of corrupt and authoritarian rule, might be fairly surface level and basic for those who have been following Navalny’s story for years. Mostly filmed during the months that Navalny recovered from being poisoned (and nearly killed) with a chemical agent that many believe was administered on the orders of Vladimir Putin, Navalny has the feel of a thriller as its titular character tries to investigate his own near-death. But as it details why Navalny is so appealing to his supporters, it gives those who haven’t followed his story an idea of why Putin sees him as such a threat (going as far as to refuse to say his name). Even though you can watch a version of the film’s most shocking scene online, watching it unfold in the film is worth the price of admission.

Ready to take your oral care seriously? It’s time to ditch the excess toxins in your traditional toothpaste. BOKA pairs the best ingredients, nature, and modern science to bring you simple, beautiful oral care products you need for a healthy mouth—at a price that will make you smile.

With BOKA toothpaste, you will have a natural toothpaste that is non-toxic, fluoride-free, and 100% biocompatible. Make the switch to BOKA for mindful oral care that heals and nourishes the body.

The last shot of Pam & Tommy is one of the more perplexing final TV shots in recent memory, and an odd bookend for a show about a criminal act that reshaped celebrity culture.

Pam & Tommy, the Hulu limited series about Pamela Anderson and Tommy Lee’s chaotic relationship and the theft of their honeymoon sex tape, tries to position itself first as a comedy and later as something else. Lily James as Anderson and Sebastian Stan as Lee save it from being a tonal disaster.

The eight-episode series, based on a 2014 Rolling Stone article by Amanda Chicago Lewis, begins in 1995 with Seth Rogen’s character, carpenter Rand Gauthier, stealing a safe belonging to Lee as revenge for the Mötley Crüe drummer firing him without pay. Rogen, along with creative partner Evan Goldberg, produced the series; the first few episodes, directed by I, Tonya’s Craig Gillespie, set up the meet-cute and the burglary, packed with fuzzy needle-drops. There’s an extended scene where an aroused Lee talks to his own penis (voiced by Jason Mantzoukas), and it is a bit surreal that this is a Disney property that features Winter Soldier talking to his animatronic dick.

The first three episodes of Pam & Tommy are now streaming on Hulu.