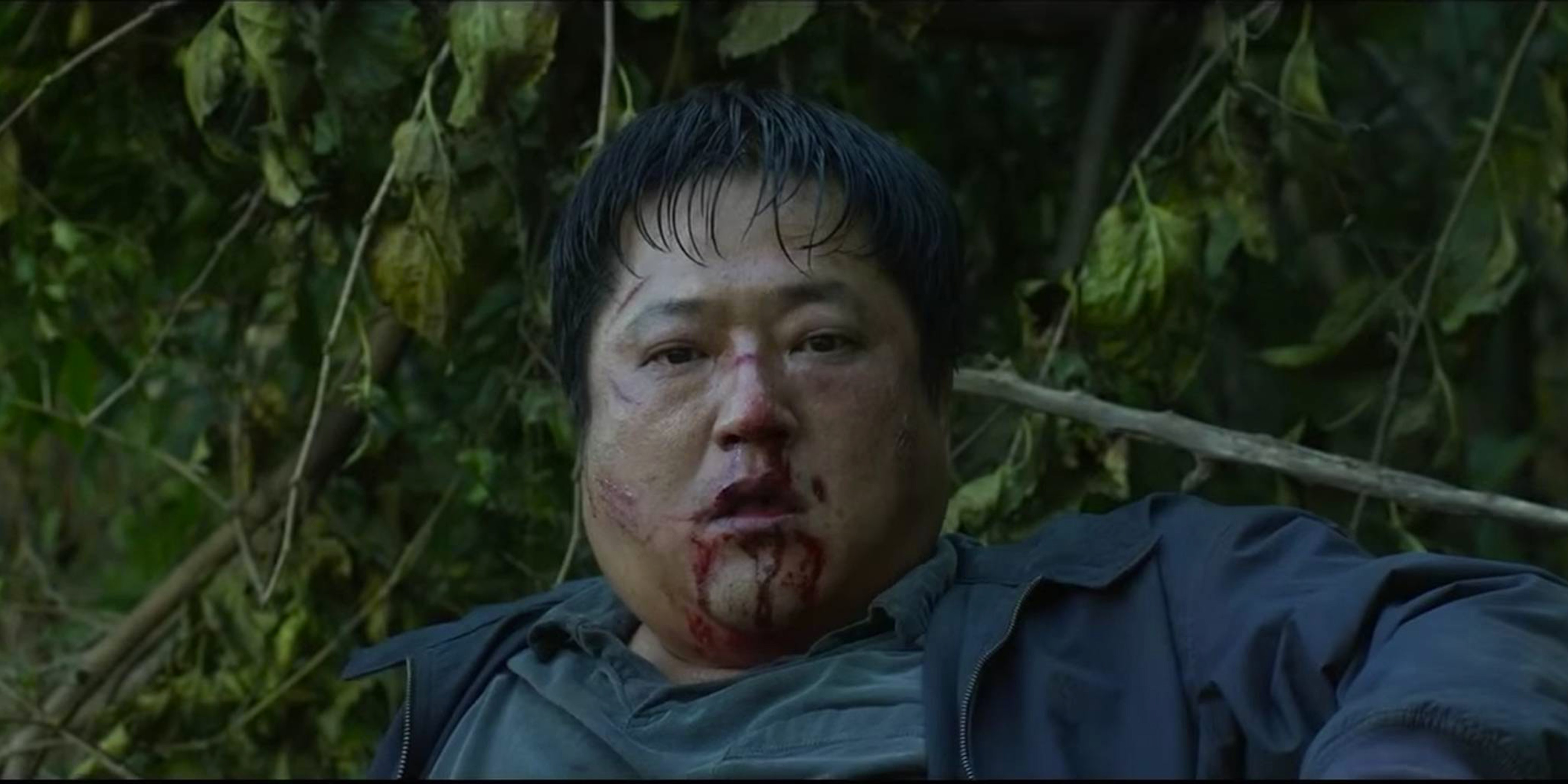 Korean zombie horror, dystopian gore from the United Arab Emirates, and a psychological thriller from Laos.

Among the low-budget indies and Oscar previews at the London Film Festival this month, critics were shown an intriguing selection of new horror movies from around the world.

We’ve reviewed three of the highlights: a tense psychological horror from Laos, an acclaimed Korean take on the zombie genre, and some bloody post-apocalyptic violence from the United Arab Emirates.

Directed by Lao filmmaker Mattie Do, Dearest Sister achieves a difficult feat: It’s an insightful look at the impact of colonialism and unbalanced gender roles in Laos, and it’s also a gripping and accessible horror story.

Our protagonist is a young Lao girl, Nok, who travels to the city to work in the house of her cousin Ana, who married a rich (and rather unpleasant) Estonian man. Accustomed to living in a small village with her family, Nok is a confused and naive outsider in Ana’s household, which includes two other live-in servants. Her job is to care for Ana, who is going blind—and whose blindness leads to terrifying ghostly visions.

Dearest Sister is technically supernatural horror, but much of the tension comes from conflicts within the household. Ana’s husband isn’t exactly evil, but he’s clearly one of the many white men who came to Laos and married a local girl without much interest in her personality or culture. Her main role in their relationship is to stay home and look pretty while he makes money. Meanwhile their servants are increasingly resentful, especially after Nok moves in and is caught between rungs of the social ladder, half employee and half family member.

Nok and Ana are both trapped and vulnerable in different ways, in a situation made even more complicated by Ana’s supernatural visions. Dearest Sister ramps up the tension right up until the last moment, a morally complex tale with a deep understanding of its characters’ lives.

South Korean zombie thriller The Wailing is an original twist on the genre, although at 156 minutes, it could do with some editing toward the end.

Epic length aside, it’s a genuinely refreshing new take on a genre that can sometimes feel rather overdone. Set in a small Korean town, it’s half crime drama—the main character is a dopey, clueless local cop—and half zombie outbreak bloodbath, an ambitious combination executed with more artistic depth than Hollywood’s recent attempts at commercial zombie horror.

The film opens with a gruesome crime scene in the pouring rain, introducing our hero, Jong-Goo, as a kind of Homer Simpson-esque figure among the local police department. No one in the town is prepared for this level of violence, and they’re definitely not ready for the outbreak of bloody murders and a bizarre disease that quickly spreads across the town. Even Jong-Goo’s young daughter, Hyo-Jin, is infected.

The Wailing‘s strength lies in its eclectic mashup of familiar horror tropes and fresh twist on small-town crime drama. The protagonist is likable but uniquely incompetent, barely managing the most basic requirements of a murder investigation. At the same time, the looming zombie outbreak draws from demonic possession stories, Korean shamanism, Christian religious references, and body horror. The lush, rain-drenched location and atmospheric sound design deepen the realism of the setting, tricking you into expecting a sensible solution to a bizarre supernatural mystery.

Set in the ruins of a deserted city, The Worthy gives us a classic post-apocalyptic location: a secluded enclave of survivors, holding out against unknown enemies roaming the wasteland outside. The opening shot, a truck driving along a dusty highway, is the first of several callbacks to the dystopian classic Mad Max, along with the frantic fights and bartering over drinkable water.

Filmed in the United Arab Emirates, The Worthy gives us a near-future vision of life just a year or so after an apocalyptic event. In the urban stronghold, older characters reminisce about their lives while the younger generation worries about the future, and whether it’s worth venturing beyond the safety of the settlement walls.

Post-apocalyptic movies are an intrinsically stressful genre, but The Worthy cranks things up to 11 by introducing an invader to our community of harmless civilian survivors, who are picked off one by one. It’s not for the faint-hearted. Unapologetically gory, this is a film about how far people will go to survive, and whether trust and teamwork really can win against a brutal enemy with nothing to lose. With strong performances from the main cast, it’s an absorbing addition to the genre —if not especially imaginative in terms of concept.