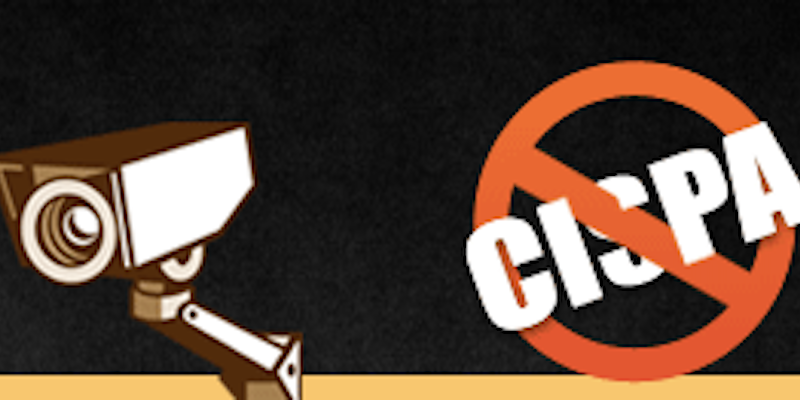 Website domain registration company NameCheap isgiving a dollar to digital freedom activists at the Electronic Frontier Foundation each time someone tweets the company's name or shares it on Facebook.

Donating to Internet freedom: It’s one way to make a name for your company.

Website domain registration company NameCheap wants you to associate it with the fight against the Cyber Intelligence Security Protection Act (CISPA), a cybersecurity bill that was recently reintroduced to the House of Representatives. So it’s giving a dollar to digital freedom activists at the Electronic Frontier Foundation each time someone tweets with the hashtag #cispaalart or shares a link to one of two CISPA pages on NameCheap. According to NameCheap’s blog:

If CISPA is passed, the US government gains the power to ask your [Internet service provider] about any/all of your online activities and personal information. Advocated under the premise of anti-terrorism legislation, this legislation is so broad that it threatens to endanger the privacy of every individual and ordinary and law abiding citizens. […]

Namecheap continues its fight against all such legislation, and we stand tall to raise the alarm against any and all legislation that promotes censorship or threatens the privacy of the individual.

CISPA would allow government agencies to share some of the brunt when private American companies are faced with fighting off cyber-attackers. That’s gotten the bill substantial support from the business community.  (Although praising the bill can be a serious public relations faux pas, as Facebook discovered.)

This isn’t the first time NameCheap has played this gambit. In 2012, users of social news site Reddit discovered NameCheap competitor GoDaddy was a strong supporter of the Stop Online Piracy Act (SOPA), possibly the most hated Internet bill in history. That led to a mass exodus from GoDaddy; the company lost 70,000 domains in the huballoo. Many of those went, presumably, to Namecheap, which capitalized on the controversy with a similar campaign that netted the EFF more than $100,000.

GoDaddy doesn’t appear to have a stance either way on CISPAand didn’t immediately respond to the Daily Dot’s request for comment. On a message board from 2012, a GoDaddy support employee indicated the company was pleading the fifth. (This is is CISPA’s second go-round; it was first proposed in April.) “Go Daddy has not been involved in discussions about theCISPA, nor have we taken a position on it at this time,” ChrisG wrote.

This is at least the second anti-CISPA campaign that’s dependent on mass tweets. Activist group Fight For the Future has undertaken a project to tweet the name of everyone who’s signed an anti-CISPA petition—more than a million people in total—to the official accounts belonging to the two congressmen who introduced the bill.

In the four days since the campaign launched Friday, Namecheap has raised just over $6,000 for the EFF. In a statement, the EFF noted it was grateful for the support.

“With the support of the Namecheap community,” the organization wrote, “EFF can continue the fight for digital rights on behalf of all Internet users.”

Correction: An earlier version of this story stated that Namecheap would donate for any mention of its name. Instead, according to a Namecheap representative, it’s any use of the hashtag #cispaalert, or a link to either of two CISPA-specific pages on Namecheap’s site.