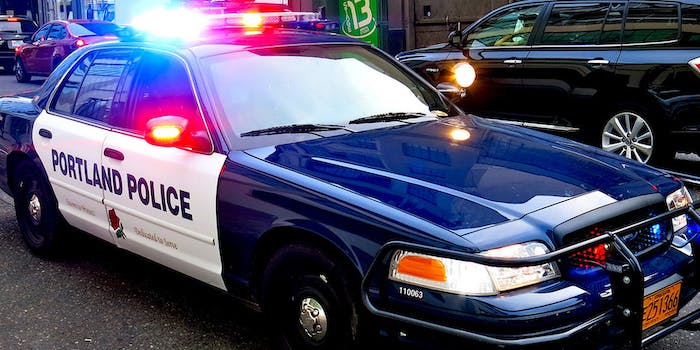 The 32-year-old naked man has surrendered to local authorities.

A naked and bearded man stole a Portland police officer’s taser Monday and made a dash for her locked police vehicle. Other officers quickly arrived on the scene, and 32-year-old Lunarness Mendoza was arrested.

Portland Sgt. Pete Sampson said the 32-year-old man was booked for investigation of assaulting an officer, indecent exposure, and theft. Police were called to the scene because of reports that a man had been exposing himself to children.

The arresting officer has been identified as Elizabeth Willard, who removed the taser’s cartridge as Mendoza wrestled it away. She was treated for minor injuries at a local hospital.