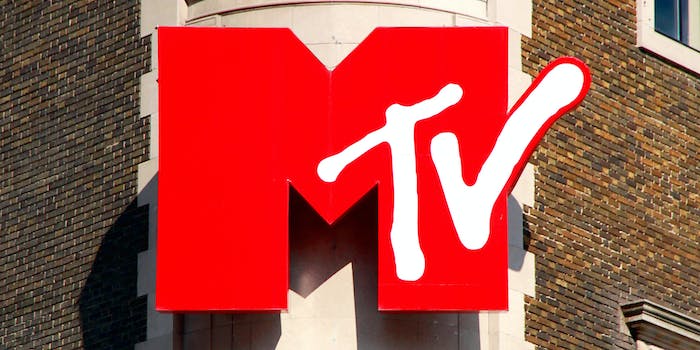 ‘This is exploitative’: Writers slam an MTV screenwriting competition for its contest rules and compensation

The submission period passed, but screenwriters are telling new writers to avoid at all costs.

Getting your foot in the door as a first-time screenwriter—or getting that first job in a writers’ room—is exceedingly difficult, so some writers might be enticed to try their hands at a screenwriting contest. But for one recent contest, writers are warning would-be participants to stay far away from it because of exploitative contest rules.

At an initial glance, MTV’s First Time Screenwriters Contest sounds like it could prove to be a fantastic opportunity for a budding screenwriter. MTV is looking to put a new spin on a classic, Charles Dickens’ A Christmas Carol, and is inviting new writers to envision a movie using the novella as the jumping-off point for a new film; it could involve any genre. People interested in participating would submit a one-page, 500-word maximum pitch during the submission window. From there, 25 writers would submit a detailed outline (five pages, 2,500 words maximum). Five writers make it to the next round and would need to write the “Opening Act” of the film’s premise, and in the fourth and final round, three contenders would need to write and submit “a full-length Original Made for Television (MFT) script and be subjected to an interview.

“MTV Entertainment’s Studios’ First Time Screenwriters Contest was designed to find fresh voices who tell diverse stories,” the FAQ page states. “This is for writers who have yet to sell, or receive screenwriting credit on, a feature film or television episode. We believe our community is enriched when the stories told on film reflect the distinct vision of independent artists from every facet of our multi-cultural community.”

The problems with the First Time Screenwriters Contest start to pop up when you further read the FAQ. As part of the contest rules, the contest is only open to non-WGA writers. In answer to a question about whether writers who don’t win the contest can take their ideas elsewhere, MTV asserts that they won’t be able to because “this treatment, outline, first act, and/or script will all be the property of MTV Entertainment Studios.”

And when asked about compensation, this is what the FAQ states:

“MTV Entertainment Studios will select one project to be the original Christmas Carol movie, for production in 2022 (terms and conditions to include: date is subject to change at MTVE’s solo discretion). The selected winning script’s writer will be awarded $10,000, for the purchase of the script (subject to minor edits or revisions). The two writers (in the Top 3, not selected as winner) will each be given a chance to pitch another original Movie project to the MTV Entertainment Group’s original Movie Team as well as be awarded $5000 for each of their scripts.”

According to a more detailed breakdown of contest rules, the grand prize will also include the purchase of the winning script for “up to a maximum of $50,000.”

The submission period for MTV’s contest ran from Jan. 14 to Jan. 28, 2022, so the first round has well passed; clicking on the “Let’s Begin” button takes you to a 404 page. But many people have only just discovered the contest within the past few days and encouraged budding writers to stay as far away from it as possible.

“What galls me most about this is that it is a GREAT idea – business wise AND access wise – to have an open call for writers like this, but literally everything about the execution of it is TERRIBLE,” The Blacklist founder Franklin Leonard wrote.

On the latest episode of Scriptnotes (a podcast about screenwriting) published on Feb. 8, co-host Craig Mazin was audibly aghast at what MTV was offering the grand prize winner, calling the contest “exploitative” and “immoral”. (Mazin’s comments start around the 37:28 mark.)

“[MTV] should not be doing this especially if they’re doing it designed to find fresh voices who can tell diverse stories and independent artists reflecting distinct visions of multicultural communities,” Mazin said. “As far as I’m concerned, they should be paying more than minimum. Help these people by giving them an actual career. Money that they can use to pay rent and write more. Ten thousand dollars? I’m speechless. I’m speechless, this is embarrassing. Viacom is worth billions of dollars and this is what they do?”

Citing the $10,000 listed on multiple pages of the contest site, Mazin listed off several Writers Guild of America (WGA) minimums for how a unionized writer would be compensated for a script based on an existing property.

Mazin’s analysis focused on the $10,000 prize while the maximum potential script purchase price of $50,000—which you wouldn’t find unless you dug deep into the full contest rules—wasn’t mentioned. Even if you add all of that together, Mazin’s estimate that a WGA writer would be compensated a minimum of $90,000 to adapt for a larger-budget production (over $5 million) while a low-budget movie (under $5 million) without writing a treatment would garner around $42,000. (Co-host John August does concede that “movie-of-the-week” scripts would likely go for less than the numbers they’re providing but it would still sell for more than $10,000.)

And Mazin firmly believes that MTV should be paying the kinds of writers it wants to target even more than the minimum. But, as Mazin highlighted, using a contest to get a screenplay to get around paying WGA prices denies writers just starting out benefits that could help them.

“On top of that, they are denying you the healthcare that you would get if this were a WGA job and you were paid a normal amount because both of those amounts would qualify you for healthcare for a year,” Mazin continued. “So that’s what they’re doing to you, diverse writers who they are asking to work for them. This is gross.”

The Daily Dot has reached out to MTV for comment.

The internet is no stranger to contests with poor compensation and exploitative rules. And while the first round of MTV’s screenwriting contest has well passed, it’s a reminder for anyone thinking of submitting to such a contest in the future: Always read the fine print.