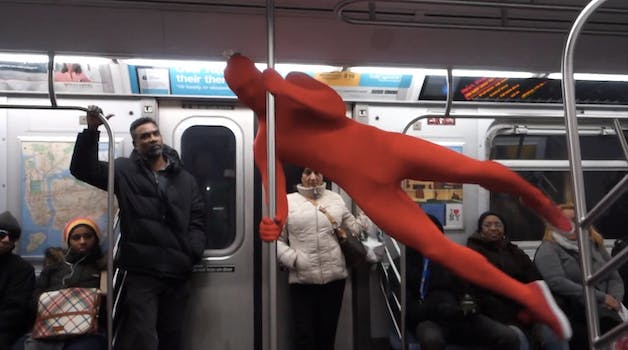 The MTA‘s “Courtesy Counts” campaign might already have easy-to-understand illustrations, but two New York City performers decided to give a 3D interpretation to help hammer home the importance of subway manners.

CJ Koegel and his partner Chris Zelig donned head-to-toe bodysuits and took up the iconic poses of the MTA campaign.

“We think the campaign is clever and funny,” Koegel told the Village Voice. “People should have manners and be nice to each other.”

Their “Courtesy Counts” recreations ranged from “stop the spread” to “it’s a subway car, not a dining car.” Perhaps even better than their spot-on interpretations were the scads of New Yorkers in the video who didn’t blink an eye at two men in bodysuits recreating signs on a moving train. In NYC, they’ve seen it all.