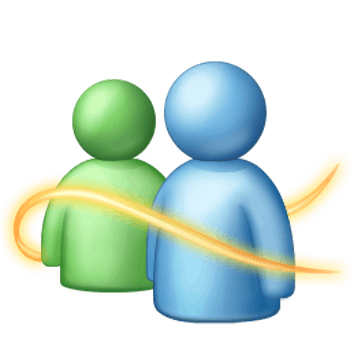 All users of Windows Live Messenger (except in mainland China) now have to use Skype instead.

MSN Messenger, born in the last year of the last century and once the largest chat client in the world, is no more. Except in China.

Last November came the announcement from headquarters in Redmond, Wash.: Microsoft would be shutting down MSN Messenger (renamed Windows Live Messenger)—still insanely popular with over 100 million users (down from 250 million in 2006)—and offering users a chance to transfer their accounts to Skype, the independent calling company that was purchased by Microsoft two years ago.

When that purchase was made, there was public outcry from Skype users, as it was widely seen as an independent way to avoid corporate or government oversight for messaging and voice conversations, and Microsoft had a particularly bad reputation for insecurity, hacks and corporate “spyware.”

That may possibly be the unofficial reason that the company has decided not to force Chinese users to move to Skype: there must be considerable U.S. government interest in what Chinese users have to say, and it would be easier to listen via MSN Messenger than Skype.

According to the Want China Times:

“Microsoft will continue to provide the MSN service in China, due to the complicated shareholding relationship between a MSN joint venture in China, Tom, and Skype. At present, the operation of MSN in China is carried out by the joint venture between Microsoft and a holding firm in China. The joint venture has been endeavoring to push the MSN mobile service in China, with unsatisfactory results, due mainly to its reliance on China Mobile, which, in turn, intends to tap the market itself.”

Elsewhere in the world, MSN has had uneven, but widespread, adoption. It came to dominate the market in Canada, for instance, because unlike other services in the country, it came with free calling minutes, and was available to Canadians while other services such as Google Wave delayed their launches in the country by months or years.

According to Microsoft press releases, besides being available for Mac, Windows, and Linux desktops, Skype is currently available for iPhone and Android phones, but not yet for Windows Phone 8.