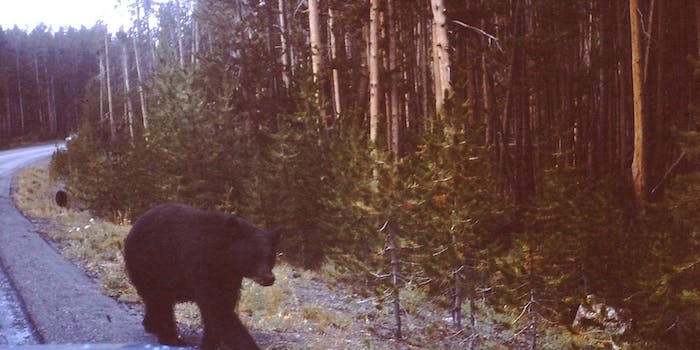 The rider later reportedly told police he was so focused on his speedometer that he failed to see the bear in the road.

If we are to maintain a civilized society, there are a few universal rules we must all abide: Don’t steal, pay your taxes, and don’t drive your motorcycle into a bear.

Admittedly that third one, coming up less often than the other two, can be easier to forget. This appears to be what happened in this video, captured by a helmet camera, in which a motorcycle driver crashes headlong into a black bear on the highway in Canada.

Of course, one can imagine all manner of scenarios in which a black bear cub, unschooled in the ways of Canadian traffic, would take a motorcyclist by surprise. None of those would appear to apply in this case. The rider, in fact, makes no attempt to avoid the bear whatsoever.

According to Motorcycle.com, the rider later told police he was so focused on his speedometer that he failed to see the bear in the road. (Though one would think if this were the case, the helmet camera would have captured his speedometer.) Apparently he stated that he was gearing up to perform a stunt.

Whether or not hitting a baby black bear with his motorcycle was the trick in question remains unconfirmed at this time.