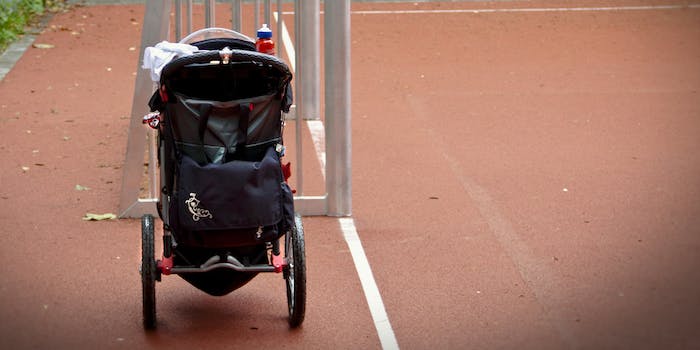 She's definitely not getting mom of the year.

Sometimes, there are parents that just make you cringe.

A mom from Kazakhstan who has only been identified as “Anastasia” was filmed pushing her baby in a stroller while simultaneously driving a car. She reached out from the car window to steer her child, the vehicle appearing to only be moving a few miles per hour.

The original video has been taken down, but AATW has reposted it.

According to the video’s description, the mom said that her son was enjoying the joyride. But people on the internet saw this as reckless behavior and have accused her of putting the child in danger.

While nothing bad happened to the kid and he apparently was having a good time, maybe this mom should think twice while operating a moving two-ton block of steel so closely to her child. It sounds like a disaster waiting to happen.