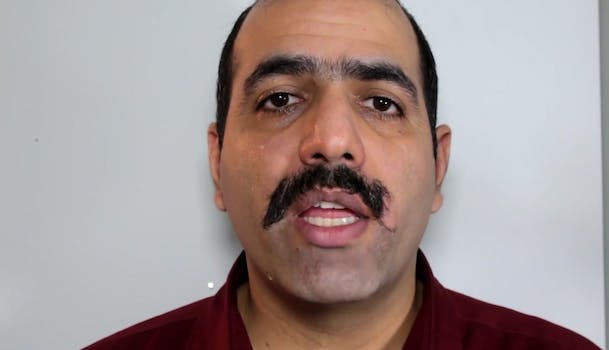 Just watch this and try not to wince in pain.

Late Sunday night, the month of November drew to a close, and with it the facial hair fundraiser known as Movember. For a month, men across the globe had been growing out their handlebars and fu manchus with varying degrees of success and wispiness to raise money to fight the plague of prostate cancer.

But as Dec. 1 dawned, men everywhere were caught like Cinderella at midnight as the once-elegant and graceful ‘staches they sported turned to pumpkins right under their noses.

For all the dudes still struggling to remove their month-old mustaches, YouTuber Mehdi Sadaghdar created a video guide featuring multiple (and painful) removal options. From waxing to tasers, and even scorching it off with lighter fluid, this guy tortured his facial hair follicles so you don’t have to.

Hopefully his burned, scabbed, and scarred upper lip recover by next November.