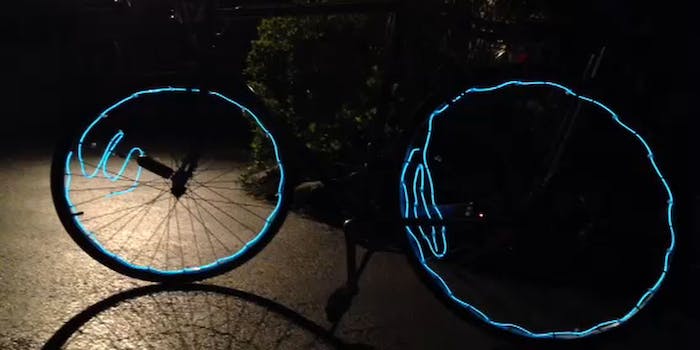 The Morning GIF: Build your own Tron light cycle

Put on some Daft Punk, head to the hardware store, and get to work.

No matter how many flashlights I attached to the frame of my purple mountain bike or how fast I pedalled through the night as a kid, I could never recreate the lighting effects of the Tron light cycle.

I gave up the fight—and bicycling, for that matter—shortly thereafter, until I stumbled upon Kendall Harvey, an engineering student who had succeeded where I had failed.

Using about $600 worth of blue electroluminescent (EL) wire, adhesive, and batteries, Harvey transformed an old bike he found on Craigslist in April 2012 into a Tron light cycle.

“I saw the original [film] several years, ago, but when I got around to seeing the re-imagining [Tron: Legacy], it blew my mind,” Harvey told the Daily Dot. “I love the films for the concept-vehicle designs, and artistic style.” 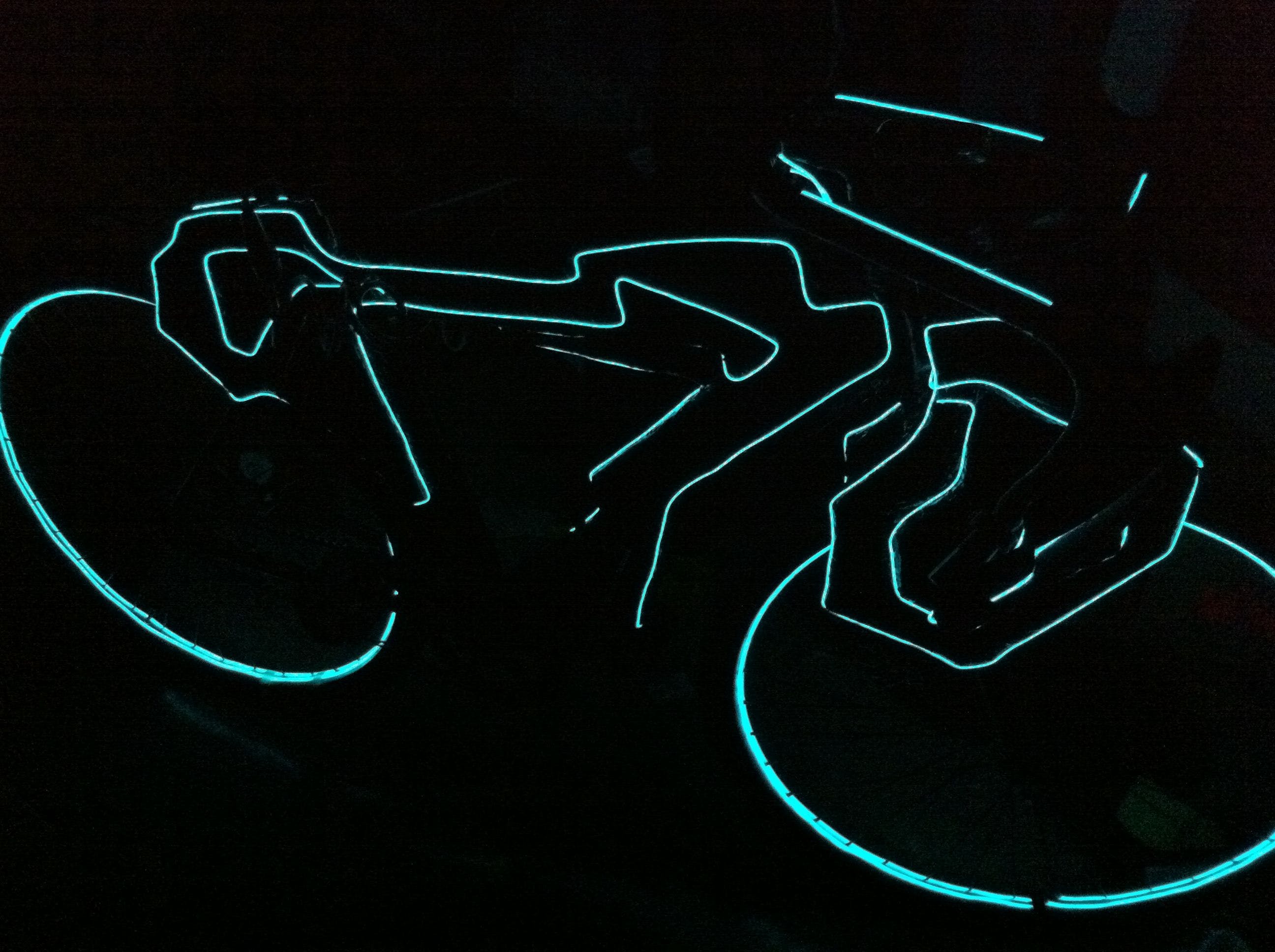 So with all this talk about Daft Punk’s new album (the French duo composed the score for Tron: Legacy), it got me wondering, how could I do what Harvey did for a fraction of the cost?

The answer was about $40 worth of EL wire from ElWirePros.com, about $5 worth of clear cable ties from my local hardware store, and my dad’s old Schwinn (I used this YouTube tutorial to help attach the lights.) Check out the transformation below.