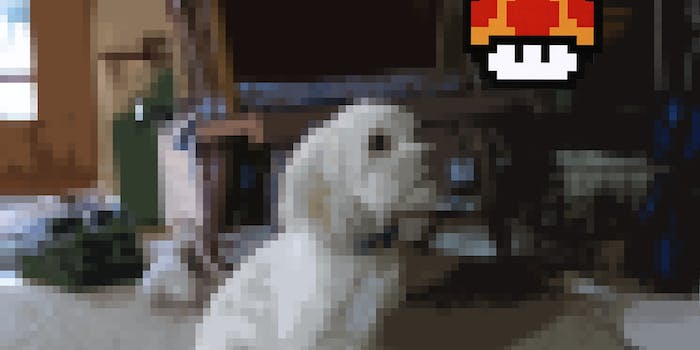 Super Mario isn’t the only one who gets a boost from mushrooms.

In a new hilarious and brilliant produced video, comic genius Marlo Meekins features a small panting dog dressed in a Mario outfit while sitting front of a backdrop featuring puffy clouds made of cotton balls, hand-drawn mountains, and the iconic ? Block. As the dog sits, a mushroom power-up appears. Once the mushroom falls on the pooch, it magically transforms into an even larger dog.

Meekins captured the video three days ago with Vine, the rising video-sharing network offered by Twitter. Since then, it has been transformed into a GIF featured on Imgur, where it’s collected more than 100 comments 5,300 points.