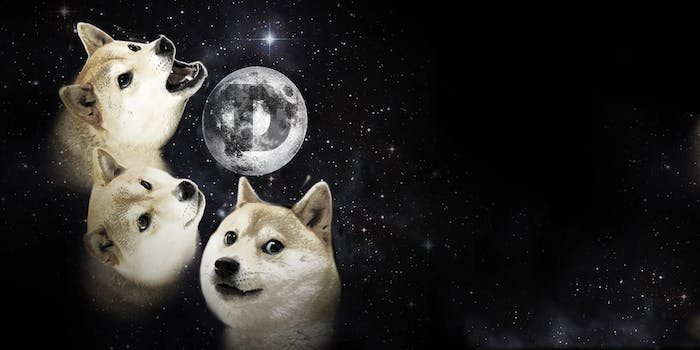 Make fun of it all you like, but people are using Dogecoin way more than any other kind of cryptocurrency, including Bitcoin.

Note that that’s quantity of trades, not quality. All the bitcoins in the world are worth $10.1 billion, according to stats provided at Bitinfo. Dogecoin, which takes its name from the already-kinda-old doge meme, is worth a relatively paltry $9.2 million.

Likely because of that, dogecoin owners are exchanging left and right, avoiding the familiar Bitcoin trap where many users simply purchase some amount of the currency to sit on it and hope it appreciates. Nearly twice as many Dogecoin users (98,808) have made trades in the past 24 hours as Bitcoin users (55,352), and that number dwarfs any other cryptocurrency.

That’s made all the more remarkable when you consider Bitcoin is constantly upping its real-world applications. You can order deliveries from Overstock.com, for example, or in thousands of physical locations, but Dogecoin doesn’t have anything close that kind of use.

That’s due in no small part to enthusiasts’ readiness to tip each other in Dogecoin. Reddit even has a custom-programmed tip bot that any redditor can use, and it often handles hundreds of transactions an hour.