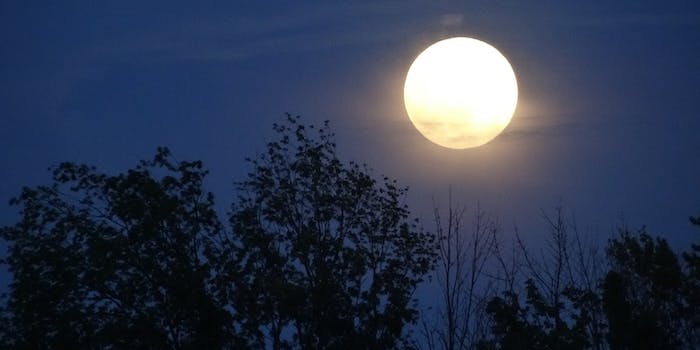 Local TV news station asks for photos of the moon, probably won’t be doing that again

Who could have predicted that this would happen?

Who doesn’t like to see a nice full moon way up in the sky? And who could blame a local TV news station for asking its viewers to send it pictures of a full moon? We certainly can’t blame Philadelphia’s Fox 29, even though it got a lot more than it bargained for after this appeal to citizen journalists.

Close up of the moon from Skyfox! Lets see your moon pictures. pic.twitter.com/Y8IDjQY8js

Fox 29 viewers didn’t respond exactly how the station had hoped. Because, as we all know, asking for help on the Internet is just asking for trouble, and there are plenty of alternative, non-astronomical definitions of “moon.”

Here are some of the best responses, to give you a sense of what Fox 29 had to put up with on Twitter.

(Thankfully, this was only a half moon.)

(Keith Moon of the Who and one of the most dangerous drummers of his day.)

(Jackie Moon, one of Will Ferrell’s most hirsute characters.)

(Sun Myung Moon, a newspaper publisher and founder of the Unification Church, not necessarily in that order.)

(Soliel Moon Frye, but you probably know her better as Punky Brewster.)

It’s surprising that no one mentioned Blue Moon the beer, Goodnight Moon, or Jim Carrey‘s impression of Andy Kaufman.

While the above tweets were impressive, the list of gags that could have been played on Fox 29 is clearly woefully incomplete.