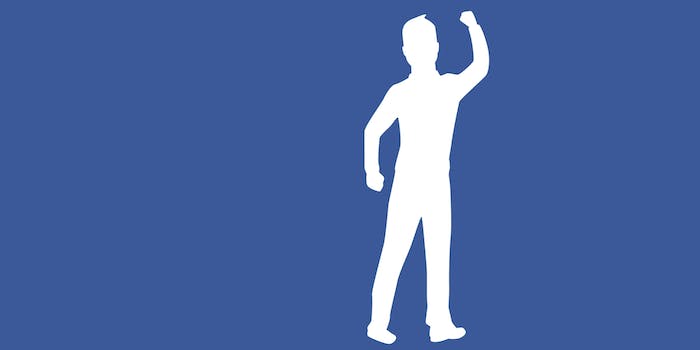 The man also talked about how he was watching her and that should would “make the news.”

A Montana man is facing 34 felony charges after he took Facebook stalking to a disturbing extreme, the Missoulian reports.

Joshua James Allen of Missoula bombarded a woman he barely knew with text messages, phone calls, and Facebook messages last week, some of which said he was going to kill himself because she had blocked him online. According to news reports and court documents, Allen had first begun messaging the woman earlier this year, and when he began too aggressive online, she got a order of protection from him.

But he started sending Facebook messages again last week. Most of them made little sense.

“Call the cops … i’m (sic) facing prison because of you … so when they call me, my guns (sic) coming out and I’m done,” Allen apparently wrote in a Facebook message. “thanks (sic) a bunch. this (sic) is my suicide note.”

The man also talked about how he was watching her and that he would “make the news.”

A Missoula County judge signed warrant for Allen’s arrest on Sept. 15. Bond was set for $150,000. Allen has been charged with 34 counts for violating an order of protection.