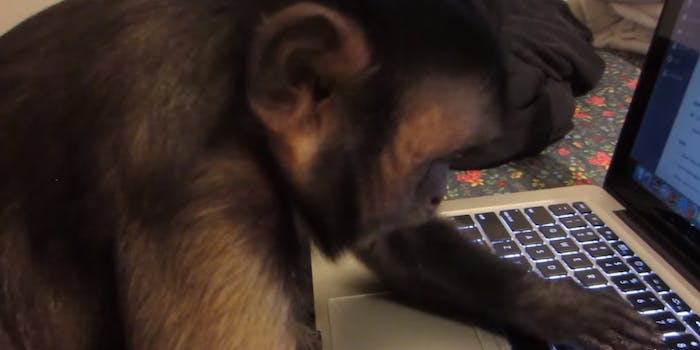 We wonder what this monkey is typing on his MacBook Pro

How soon before he starts to win awards?

The next online masterpiece may not come from a human.

Meet MonkeyBoo, a 5-year-old black-capped capuchin who has gained a devoted social-media following. Like any good influencer, he spends a lot of time typing out messages to his fans on his MacBook Pro. Even though it’s most likely incoherent, it probably makes more sense than a good portion of what’s already online.

MonkeyBoo might type out the complete works of Shakespeare if given infinite time, but for now, tweeting his followers will do.