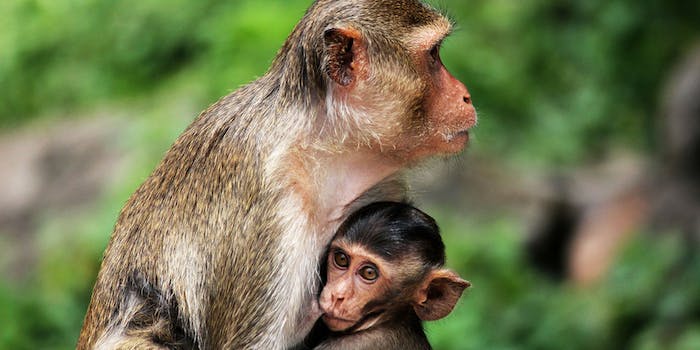 Sometimes monkeys want to ditch the bananas and just grab themselves some hotel buffet grub.

In the video below, we watch as a mama monkey helps herself to some watermelon and bread and whizzes out the door, all the while carrying a youngin’ with her. Talk about a mom that can multitask.

The video was originally posted to LiveLeak back in 2013, but now we can see the heist like never before—and we can clearly see a baby monkey hanging around the mother’s waist.