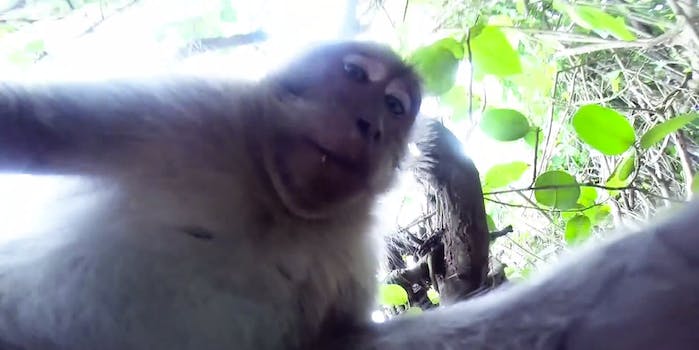 Leave a camera on its own long enough, and somebody will probably steal it. The chances skyrocket if that somebody is a monkey.

While visiting Uluwatu Temple in Bali, one traveler had the idea to film himself feeding the many monkeys nearby, but his plans went awry when one of them stole it from the fence he placed it on.

And the first thing the monkey did with his newfound GoPro camera? It took a couple of selfies. But considering its ultimate use for the camera, the monkey had no idea it was holding a camera in its hands—or hundreds of dollars worth of merchandise.