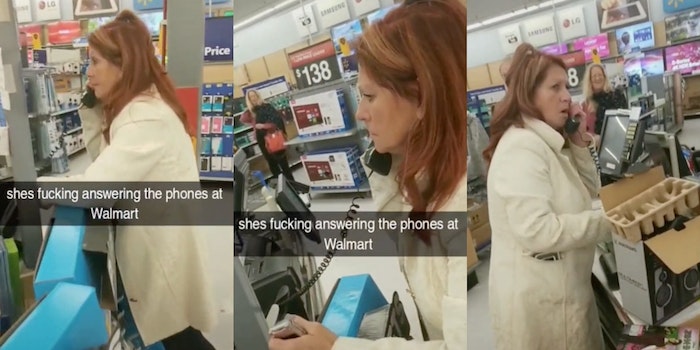 'I know how it feels to be on that other end and nobody answers.'

When the phone at Walmart began ringing and no employees were around to answer it, a TikTok-famous mom took matters into her own hands.