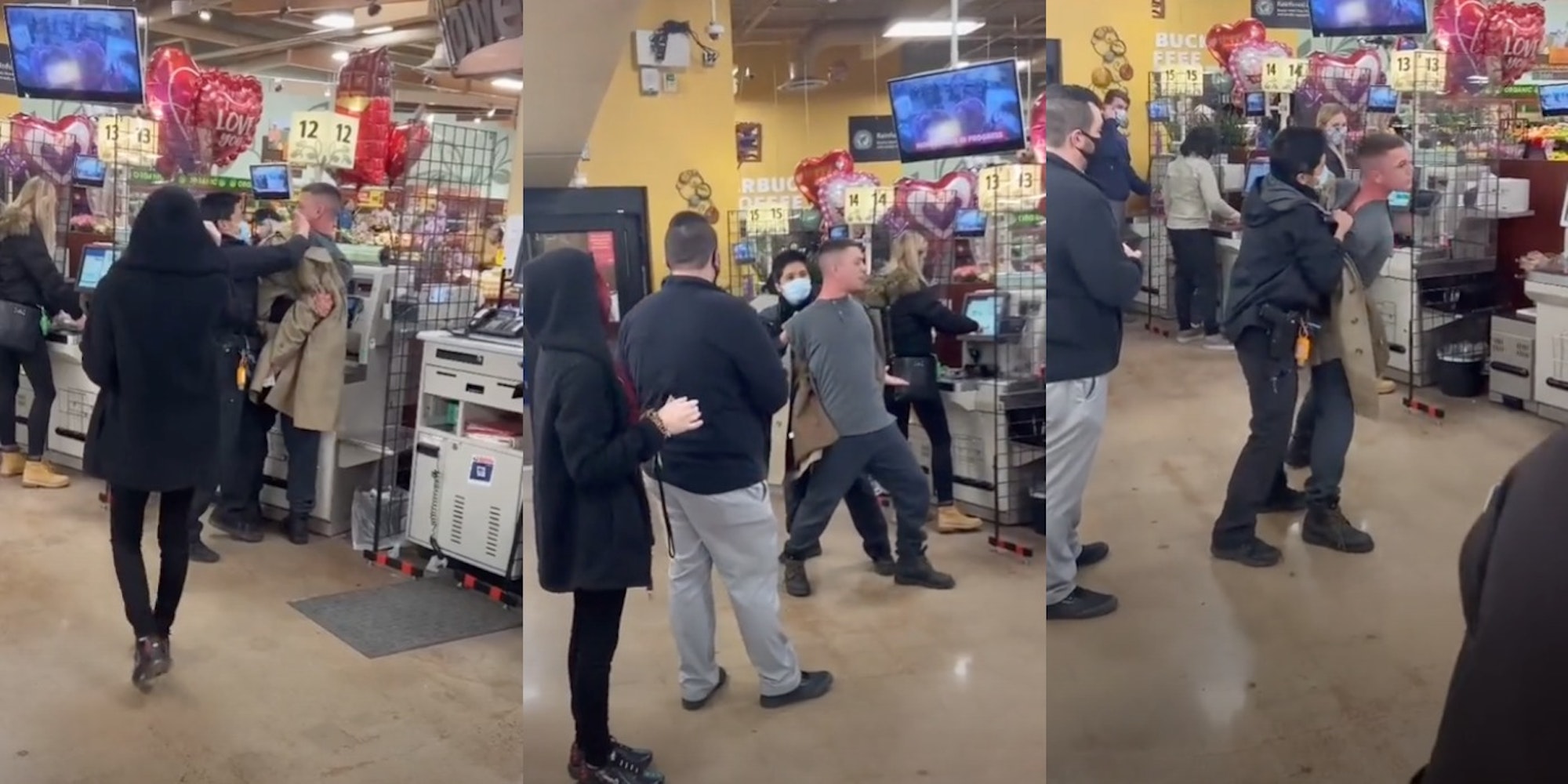 A video that has gone viral on TikTok shows a belligerent man who refused to wear a mask being restrained Colorado grocery store by a police officer.