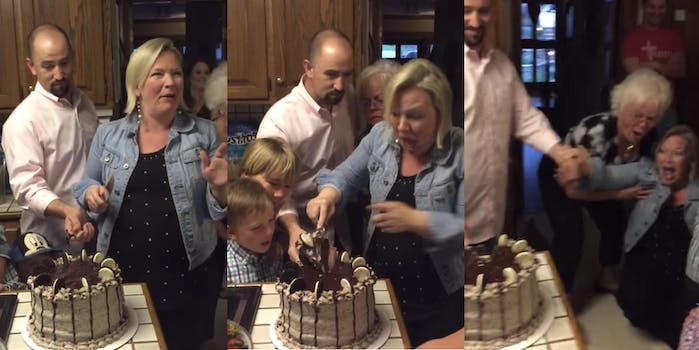 Pink icing was the last thing she was expecting.

When Cher Lair learned she was pregnant for the seventh time, she thought she knew what to expect. Having already birthed six beautiful boys, the loving mother figured this pregnancy would be just like her previous, but boy was she wrong.

To add some excitement to the arrival of this new bundle of joy, Lair and her family decided to be surprised by the sex of their baby. The parents handed off the results of their sonogram to their friend Andrea Silvey, who baked a cake layered with icing that would announce the gender.

As Cher and her husband cut into the confection, she was expecting to see blue, but much to her amazement she was blinded by pink. The news that she would finally have a daughter proved too much for the expecting mother to handle, and she collapsed backwards into the arms of family.