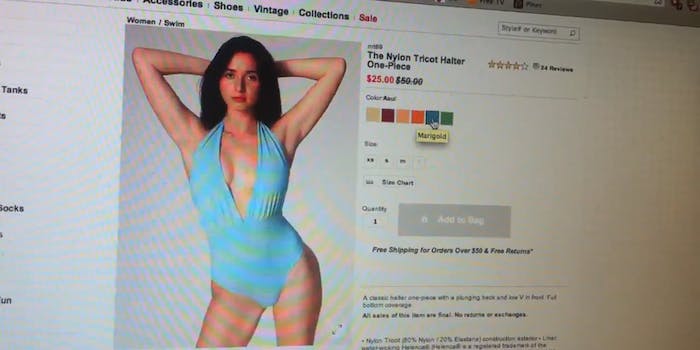 If you switch between the various colors most online models wear, you’ll notice they often stand in a number of different poses. One American Apparel swimsuit model, for instance, strikes six very different poses for each color. It kind of looks like dancing. And when you toss in some Technotronic, you get Internet gold.

If this 28 second dance party isn’t long enough for you, just open up the bathing suit along with “Pump Up the Jam” in another window. Or, with a little code you can make make the model switch poses on your desktop.