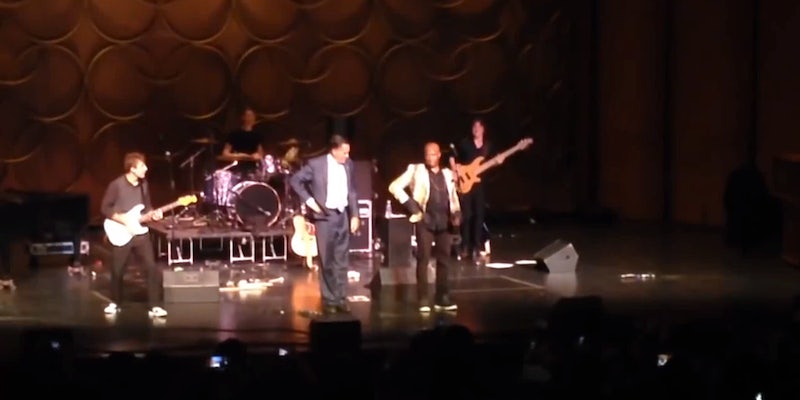 What’s Mitt Romney been up to? Dancing ‘Gangnam Style’ at ASU

It's the best collab of 2012—happening right now.

Thanks to this musician, we’ve now witnessed a side of former presidential candidate Mitt Romney that we probably never wanted to see.

Romney and his wife, Ann, attended a conference for young adults in the Church of Jesus Christ of Latter-day Saints at Arizona State University over the weekend. While the couple gave the conference’s keynote address on Saturday, it’s unlikely that many people will remember what he said over what happened later that night.

Alex Boye was in the middle of performing when he spotted Romney in the audience and brought him up for an impromptu “Gangnam Dance” lesson. Romney plays along, but not for very long. He exits as soon as he can.

Quick, someone inform him about the Harlem Shake and twerking before he somehow brings those back.