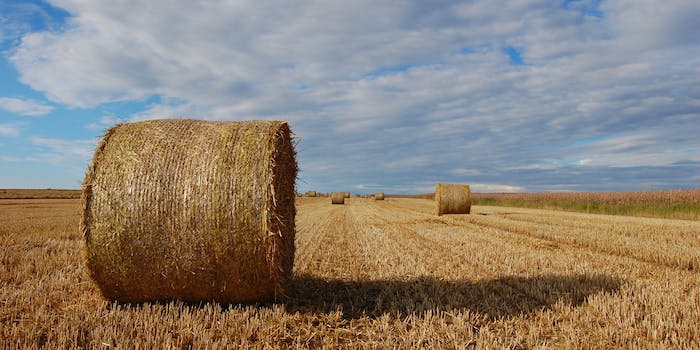 This is like a scene out of an alien-invasion movie.

We’ve seen big, scary, Wizard of Oz-style tornados before, but this is something new.

A whirlpool of wind passed through a hay field in Kildare, Ireland, on Wednesday, ripping up bales of hay and sending it flying around the kids nearby. The so-called “mini tornado” doesn’t look too dangerous, but we don’t envy whoever has to restore this field to its original condition.