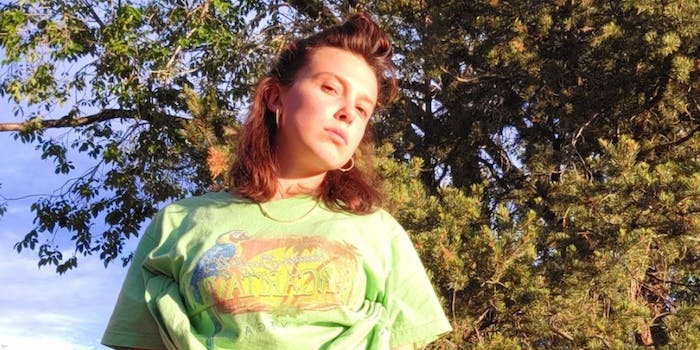 Following claims made by 20-year-old influencer Hunter Echo that he dated, lived with, and engaged in sexual activities with actress Millie Bobby Brown when she was 16, her representation is reportedly taking action to “ensure he stops this behavior once and for all,” according to TMZ.

“Mr. Ecimovic’s remarks on social media are not only dishonest, but also are irresponsible, offensive and hateful,” the full statement, given to TMZ, reads. “Instead of engaging in a public discourse with him through the press or on social media, we are taking action to ensure that he stops this behavior once and for all.”

It’s not clear what measures Brown’s representation is taking, but TMZ reports that it confirmed with several Los Angeles law enforcement entities that there are currently no open cases against Echo, whose real name is Hunter Ecimovic.

On Monday, it was widely reported that Ecimovic made claims during an Instagram Live that he had not only dated Millie Bobby Brown when she was reportedly 16 but that he lived in her house for eight months. He also claimed her parents were OK with the relationship and made multiple graphic claims about his sexual relationship with Brown. He acknowledged that she was a child at the time and admitted to “grooming” her.

As of Thursday, Ecimovic’s Instagram account, @hunter_echo, is no longer available. On TikTok, he addressed the live stream in question, saying that the stream “should have never happened in the first place.”

“I’m also seeing a lot of clips all over the internet of certain parts of it because people are trying to make it 10 times worse,” he says in the video. “There’s already stories that are completely not correct, were never said, it’s all being fabricated, because that’s what happens, apparently. But half of it, you guys are spreading stuff that is not true at all.”

In the comments of his TikTok video, Ecimovic walks back his claim that he “groomed” Brown, saying that four years of an age difference “isn’t a big deal.”

The Daily Dot has reached out to representation for both parties.