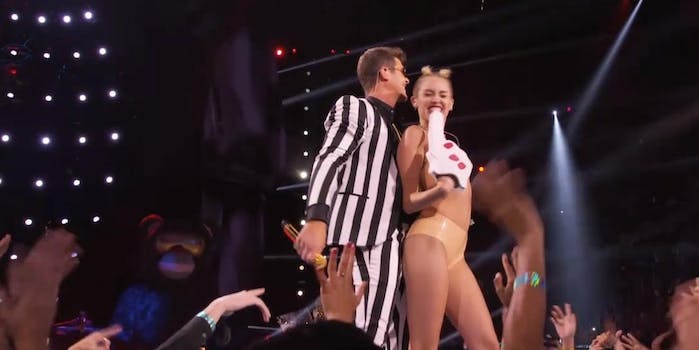 Maybe it was her flesh-colored bikini, her incessant tongue wagging, or coterie of dancers wearing oversized stuffed animals. One way or the other, Miley Cyrus‘s performance at Sunday night’s MTV Video Music Awards looked like a deleted scene from The Return of the Jedi.

This comparison was deftly captured in a 6-second Vine video tweeted by producer Jeremy Newberger. In it, Cyrus’s summer single “We Can’t Stop” can be heard playing over the Jabba the Hutt party scene on Tatooine.

If Cyrus keeps this up, she may earn herself a spot in the next Star Wars installment.