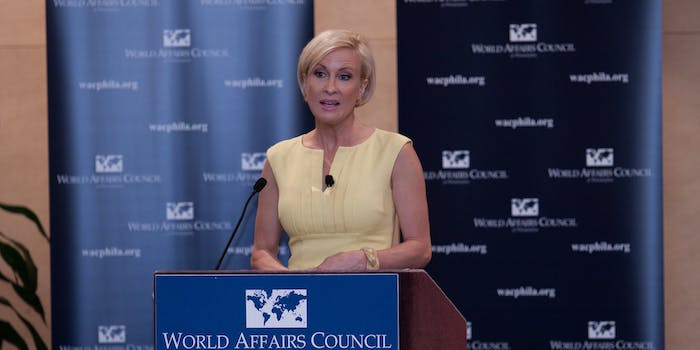 Finally, a news anchor says what we’re all thinking about MH370

"Can we go back to news school for a second please?"

Even cable news pundits are tired of the MH370 theories.

It’s one thing for someone like The Daily Show host Jon Stewart to rip apart 24-hour cable news networks and their never-ending coverage of flight MH370. It’s quite another for it to come from one of their own.

On MSNBC’s Morning Joe, host Joe Scarborough is discussing one of the many theories about what happened to the Malaysian Airlines flight with an expert when cohost Mika Brzezinski just had it. You can even see her becoming increasingly annoyed about yet another non-story making it to air.

Scarborough shushed her, tried speaking over her, and told her to “relax.” But Brzezinski wouldn’t have it as she continued trying to turn the conversation to anything but MH370.

He spent Monday defending himself for his actions and said that he was making fun of himself, not Brzezinski and that it was just a joke.

But, joke or not, we’ve heard this kind of language many, many times before.