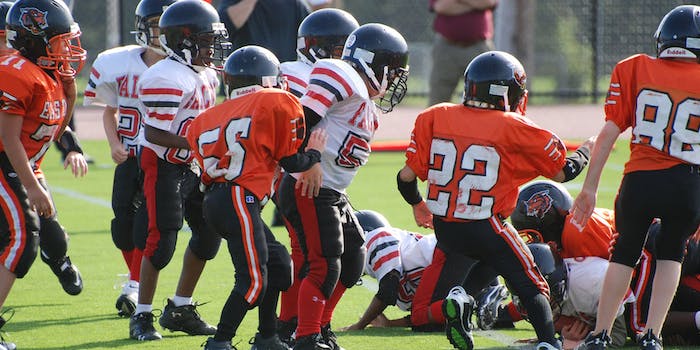 The win was the easy part.

The win was the easy part. Then came the victory lap.

The Wallkill Mighty Mites, a youth football team in upstate New York, won their first home game of the season, and their parents had a treat waiting for them off the field. It’s a staple for high school and college football games, but they wanted to give the players a chance to run through and break down that banner.

Only, instead of making a paper banner, the parents used one made of vinyl held together with Velcro. They may have been holding it the wrong way, which may be how it caused a bigger pile-up than a quarterback getting sacked by the defense.

They certainly have a higher goal to aim for next week’s match.