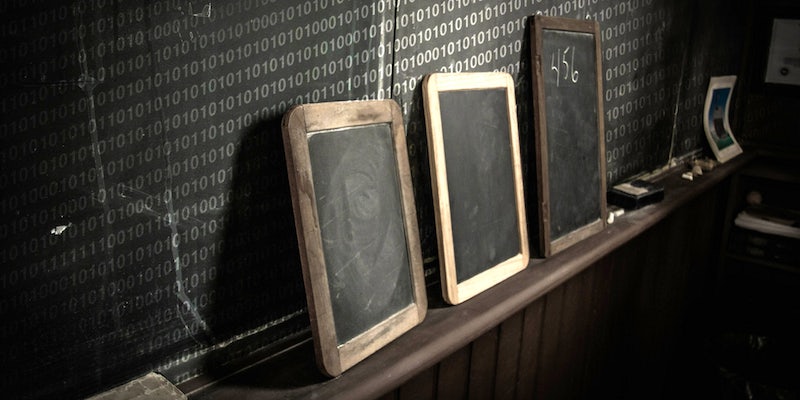 The picture was of two men kissing.

A middle school student in Holiday, Fla., is facing felony charges after altering the desktop background picture of a teacher he didn’t like, reports the Tampa Bay Times.

Fourteen-year-old Domanik Green is accused of hacking his school’s computer network. On March 31, the eighth-grader used an admin password to change the wallpaper of his teacher’s computer at Paul R. Smith Middle School to a picture of two men kissing.

Green is being charged with the felonius “offense against a computer system and unauthorized access.”

“Even though some might say this is just a teenage prank, who knows what this teenager might have done,” Pasco County Sheriff Chris Nocco told the Tampa Bay Times.

One of the machines Green infiltrated apparently contained outdated FCAT questions, encrypted files from the 2014 test that Green did not access, according to officials.

Green, who had already faced a three-day suspension for similar hi-jinx, told the Tampa Bay Times that the easy-to-remember password (a teacher’s last name) was known to him and his friends after they watched the teacher type it in. The kids would use the password to log on as administrators so they could video chat with one another. On the morning in question, Green logged onto the machine containing the FCAT files and found it didn’t have a camera.

“So I logged out of that computer and logged into a different one,” Green said. “And I logged into a teacher’s computer who I didn’t like and tried putting inappropriate pictures onto his computer to annoy him.”

District spokeswoman Linda Cobbe said the school is in the process of changing the network password.

Sheriff Nocco, who is taking this all really seriously, said, “If information comes back to us, and we get evidence [that other kids have done it], they’re going to face the same consequences.”

Pasco County Sheriff’s Department Community Relations Officer Kevin Doll told the Daily Dot in a phone call that the nature of the photo Green used in the prank had no bearing on the charges against him.

On Wednesday, Green was released from Land O’Lakes Detention Center. He received a 10-day suspension from school and police say he’ll likely receive a pre-trial intervention.

“Pre-trial intervention is likely as it’s his first criminal offense,” said Doll. “That’s often the outlet they go. He’ll maybe get away with community service.”