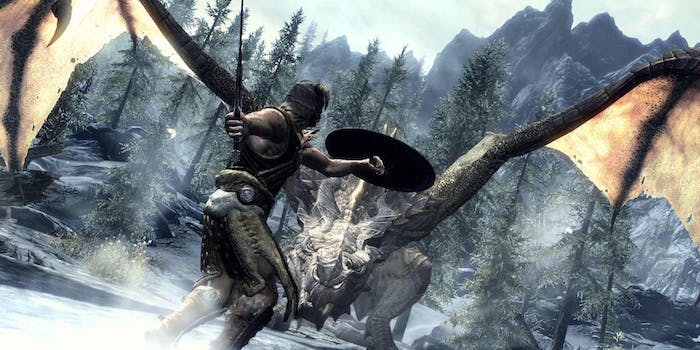 The deal is the largest ever for a video game studio.

The announcement, which was crossposted at Microsoft, Xbox (which Microsoft owns), and Bethesda’s websites, is the biggest purchase of a video game studio ever made, according to Bloomberg.

Bethesda, which was one of the largest private video game developers and makes games for both consoles and PCs, is the studio behind the Elder Scrolls and Fallout franchises, along with games like DOOM Eternal, Ghostwire: Tokyo, and the Wolfenstein franchise, and it has more than 2,300 employees globally.

“Bethesda’s games have always had a special place on Xbox and in the hearts of millions of gamers around the world,” Phil Spencer, the head of Xbox, explained. “Our teams have a close and storied history working together.”

“So why the change? Because it allows us to make even better games going forward,” Peter Hines, Microsoft’s Gaming EVP, added. “Microsoft is an incredible partner and offers access to resources that will make us a better publisher and developer. We believe that means better games for you to play. Simply put—we believe that change is an important part of getting better. We believe in pushing ourselves to be better. To innovate. To grow.”

As part of the deal, Xbox will be adding Bethesda’s franchises to the Xbox Game Pass, which gives players access to hundreds of games via the cloud on a subscription basis.

For Bethesda, joining forces with Microsoft is yet another instance of the studio working alongside Microsoft and the Xbox gaming system, a partnership that’s been intact for years;

“We share a deep belief in the fundamental power of games, in their ability to connect, empower, and bring joy,” Bethesda Games Studios game director and executive producer Todd Howard wrote. “And a belief we should bring that to everyone – regardless of who you are, where you live, or what you play on. Regardless of the screen size, the controller, or your ability to even use one.”

Although Bethesda will be owned by Microsoft, that doesn’t mean that all of its games moving forward will only be available for the Xbox, Xbox Game Pass, and PC. Some of its existing games such as Ghostwire: Tokyo have an exclusive window for the PlayStation 5 before it can move over to the Xbox. But as Spencer explained to Bloomberg, some games might be released for other consoles “on a case-by-case basis.”