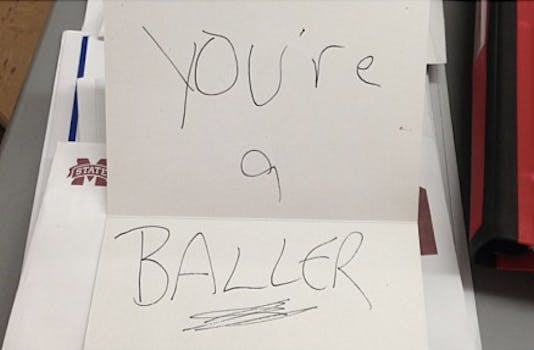 Did a coach really send this embarrassing letter to a high schooler?

If this is real, it's one of the saddest examples of a grown man trying to court a high schooler we've ever seen.

If this is real, it’s one of the saddest examples of a grown man trying to court a high schooler we’ve ever seen.

Highly recruited high school linebacker Michael Ferns of St. Clairesville, Ohio, Instagrammed a photo of a letter that ostensibly came from a Mississippi State coach. And the contents are not pretty.

In handwriting that would get a third-grader held back a year, the unknown coach has scrawled a simple message, “You’re a BALLER,” apparently assuming overeager and hamfisted flattery really does get you everywhere. 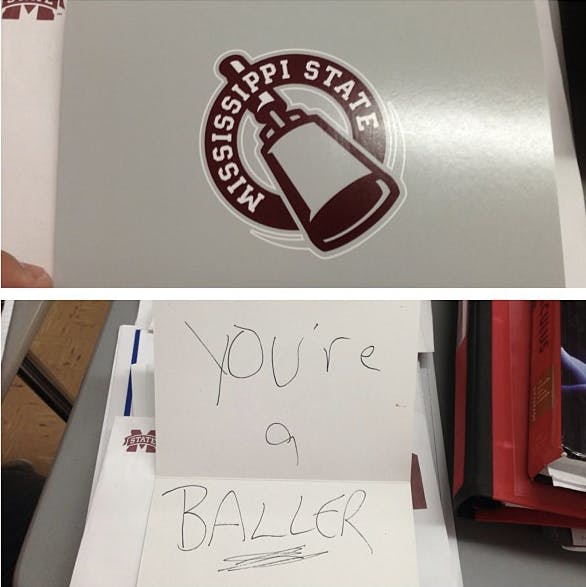 It seems too dumb to be real, but this sort of thing has happened before. In March, North Carolina State sent potential football players photocopies of the same weird, handwritten letters that opened “WHAT UP BIG TIME?!!” and ended “YOU = BALLER.”

Either way, it’s not likely Ferns will end up there. Even if he hasn’t burned any bridges by posting the letter—”Ummm.. Thanks Coach,” he wrote—he’s been committed to Michigan since August.