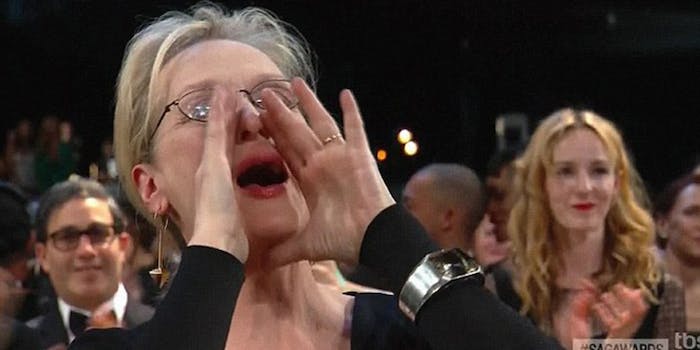 Everyone likes to sing along to pop songs. No one more so than Meryl Streep.

As we all know, Meryl Streep has no problem expressing how she feels. Even though some people feel the actress (who holds the record for most Academy Award nominations ever) is highly overrated, Hollywood still seems to love her. Now Twitter has joined the bandwagon, turning a screenshot of Streep expressing her admiration for Debbie Reynolds in 2015 into a meme of themselves finishing song lyrics.

The Killers: It started out with a kiss, how did it end up like this?

They are all very entertaining, but one obvious example has been left out. Certainly, Streep would want to honor another great Hollywood actress, namely Anne Ramsey and her amazing performance in The Goonies. So here ya go: