Merriam-Webster schools Kellyanne Conway on facts with one perfect tweet

Allow the dictionary to provide the definition.

When White House Press Secretary Sean Spicer assembled reporters on Saturday and then attacked the media for their accurate reporting, he was almost immediately turned into a meme. But he found an ally in Donald Trump adviser Kellyannne Conway when she introduced the term “alternative facts” into the national lexicon.

She got immediate pushback from NBC’s Meet the Press host Chuck Todd during that Sunday interview when he instead called them “falsehoods,” but the official Merriam-Webster Twitter account was a little more savage with its subtweeting of Conway. 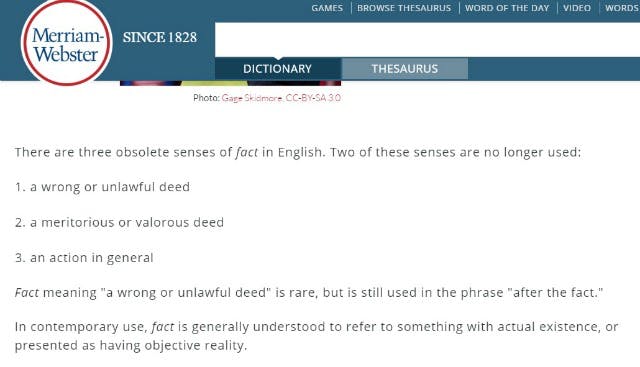 This isn’t the first time Merriam-Webster has gone trolling, and it even set the record straight in Trump’s favor after a 2016 debate. And since the new presidential administration apparently will be dealing with alt-facts, we’ll continue to need the dictionary (and NHL teams, apparently) to shame the truth obfuscators and to keep everything straight for the rest of us.