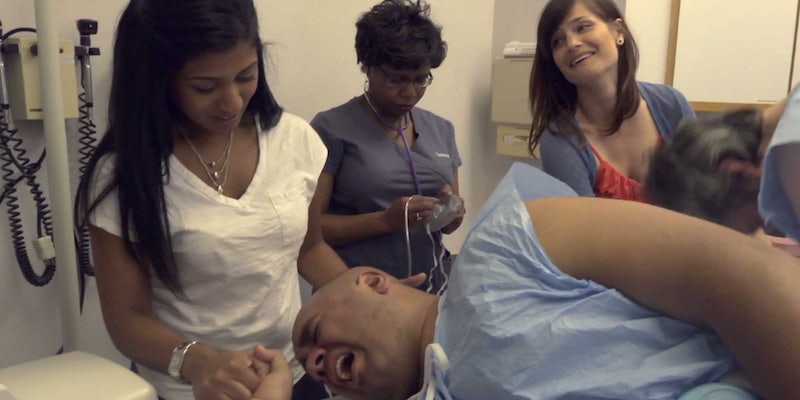 Between men and women, who has it worse when it comes to sheer pain?

Between men and women, who has it worse when it comes to sheer pain?

This battle of the sexes has gone on for ages, and even AsapSCIENCE couldn’t determine a winner to the debate.

The two men in this video dismissed the notion that childbirth is the worst kind of pain there is. When their wives insisted that men couldn’t bear going through labor, they scoffed. Women are just exaggerating, right?

The men and their wives made a deal. Maybe they shouldn’t have.

In the video, the hubbies visit Dr. Julie Masters, who places electrodes on their abdomens. This will give them contractions over the course of an hour, similar to what their wives went through in childbirth.

Masters offers words of encouragement; the wives just laugh as their husbands scream in pain. One of the men goes into the fetal position and estimates that he’s experiencing a “7” on the Numeric Rating Scale.

He’s shocked to find out that the pain he felt so far only measures to a “4.”

“It feels like someone’s taken a saw and is just carving up my abdomens,” he said between contractions.

“Stop smiling!” the other yells at his wife, unable to hide her grin as she high-fives the other wife.

They survived the ordeal, and their egos were put in check.

“I’m telling you right now, I felt like I was having a baby,” one notes while the other apologizes to his mother for any pain he caused during his birth.