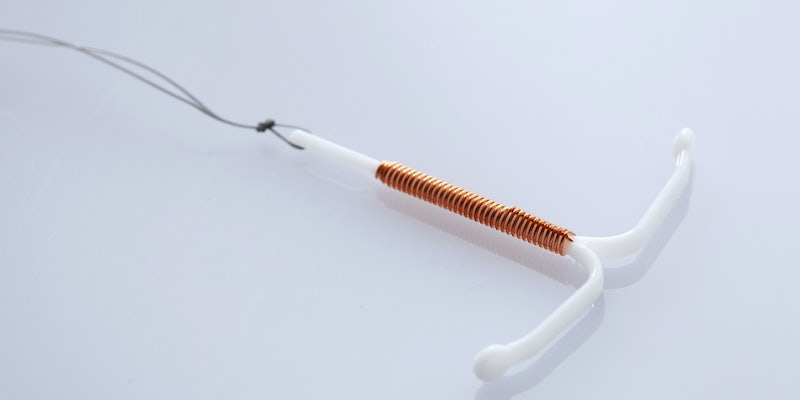 This ‘men if you’re smart, what is this?’ meme has dudes guessing what an IUD is

Female anatomy can be a perplexing subject for some men. While male sex organs are simply external, women have a much more complicated reproductive system, complete with both internal and external sex organs. And honestly, how many men can really be bothered to keep track of all that? As such, a new game circulating on Twitter asks, “men if you’re so smart,” to see if dudes can identify basic objects familiar to the average woman—leading to a spirited debate over what an IUD is.

It all began on Monday when Twitter user @niseynash tweeted an image of a speculum, commonly used by gynecologists conducting pap smears. “Guys since you’re so smart and know everything, what is this?” she wrote.

The tweet quickly went viral, with wrong answers ranging anywhere from “a can opener” to “mechanical stork.” Soon after, another Twitter user piggybacked on the game by tweeting a photo of a menstruation cup posing the same question. “I like this game. Men if you’re so smart, what is this?” tweeted user @neonally_.

As if a speculum and menstruation cup wasn’t challenging enough, Twitter user @Ohhiitstina jumped in with the photo of an IUD. “This is fun,” they tweeted. “Men if you’re so smart, what is this?”

Quite a few men did, indeed, recognize an IUD if for no other reason than jamming their dicks into the business end of one during intercourse. Others, on the other hand, were more bewildered. Though many incorrectly guessed the Tesla logo or just the letter “T,” some of the answers were more creative than others!

Though, as Jalopnik editor-in-chief Rory Carroll pointed out, can’t it be both?

Unfortunately, yet wholly predictably, the “men if you’re so smart” thread also began to attract incels, who are evidently threatened by women who practice safe sex—because even an innocent game isn’t safe from the reaches of toxic masculinity. Though, one would have to imagine that the type of man who takes umbrage with an IUD will never be bothered with actually having to know what one is. C’est la vie!