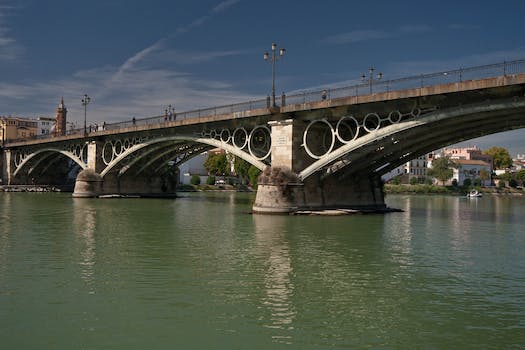 Rajchel was trying to take a selfie from the Puente de Triana Bridge in Seville, Spain when she fell.

Sylwia Rajchel, a 23-year-old medical student from Poland, is the latest victim of a careless selfie.

According to the Daily Mail, Rajchel was trying to take a selfie from the Puente de Triana Bridge in Seville, Spain just after midnight on Nov. 5. Unfortunately, she lost her balance and fell onto the concrete bridge supports 15 feet below. Efforts to revive her were unsuccessful and she was pronounced dead at the Hospital of Traumatology.

“She was a beautiful, smiling girl who had her whole life ahead of her,” Rajchel’s grieving mother Bernadeta told the Daily Mail. “It breaks my heart, I feel this is a nightmare that is not happening.”

A city spokesperson acknowledged the popularity—and dangerousness—of the bridge, which is not only a hot spot for photography but is also flanked by many bars and restaurants. “This was a tragic accident and we are looking to make that stretch of boulevard along the river safer,” he told the Daily Mail.

Rajchel is sadly not alone in her unfortunate demise. In August 2014, a vacationing couple died when attempting a selfie atop picturesque cliffs in Cabo da Roca, Portugal. Additionally, in May 2014, a teenager was killed in Peru after attempting a selfie in front of a moving train.