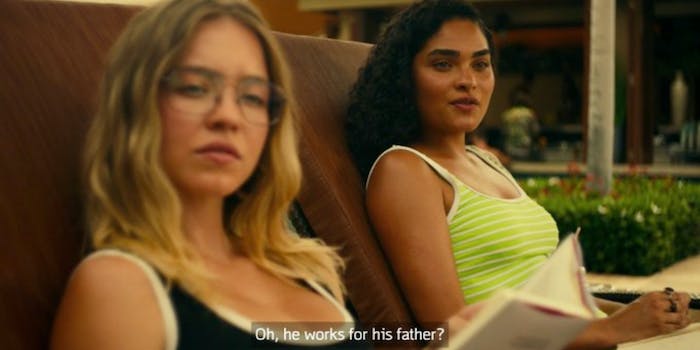 The ‘Me and who?’ meme has people imagining their ideal partner

Have you found your perfect 'who' yet?

Do you long for a connection with that special someone out there who shares all your dreams and interests? If so, this new “me and who?” meme might just be up your alley.

Over the years, romcoms and romance novels have convinced us that everyone has a soulmate. But unfortunately, with over seven billion people on this planet, not everyone is lucky enough to stumble upon their destined companion. As They Might Be Giants once famously sang: “I don’t want the world, I just want your half.”

Enter the “me and who?” meme. The basic concept of the meme, which originally began making the rounds on Twitter at the beginning of the year but became popular in August, is that the user features an image or video of an ideal pairing, adding the text: “Me and who?” As with most memes, some of the tweets are fairly straightforward and earnest, while others are more tongue-in-cheek.

As you can see in a few examples below, these can range from the coupling of Travis Barker and Kourtney Kardashian, would-be cat parents, a partner to ride the Brisbane Wheel in Australia, and so on.

Some “me and who?” memes took cheeky inspiration from film and television, such as this scathing nod to HBO’s The White Lotus and the bond between Harvey Keitel and Tim Roth in Quentin Tarantino’s 1992 film Reservoir Dogs.

At least one person is evidently dreaming of a partner who wants to literally crawl inside them.

Predictably, the “me and who?” meme also became inundated with NSFW tweets, many of which we will not share here.

But hey, you won’t find judgments from us. The heart wants what it wants!