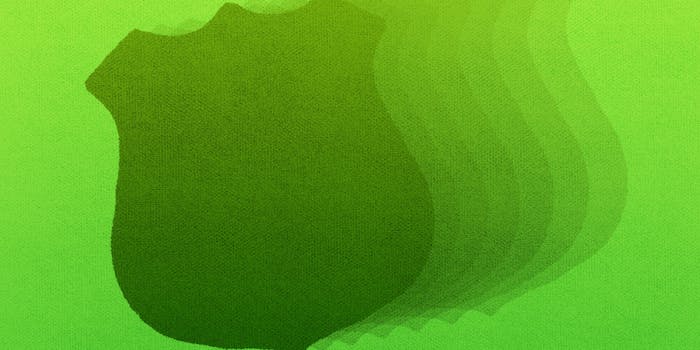 How a culture of racist media made McKinney happen

The problem is seeing all black kids as criminals.

On Saturday, a video was uploaded to YouTube that showed police in the Dallas suburb of McKinney, Texas assaulting a group of largely African-American teenagers during a pool party.

In the three days since the video first went online, it has been viewed over 9 million times.

The seven-minute video doesn’t tell the whole story, but the narrative that’s gradually emerging goes something like this: A group of teenagers had a party at community pool in the well-heeled subdivision of Craig Ranch. Some white adults at the pool reportedly made racist comments to the kids like, “get used to seeing the bars outside of the pool, because that’s all they were ever going to see,” and the police were called after some of the students confronted white neighbors about the use of racial slurs turned physical.

When the police got there, some of the kids took off running. The video shows an shows officer Eric Casebolt, who has since resigned from the force, throwing a girl in a bikini to the ground and pointing his gun at other teens standing around her.

The conflict here is one of race and distrust.

“I think a bunch of white parents were angry that a bunch of black kids who don’t live in the neighborhood were in the pool,” videographer Brandon Brooks, who is white, told BuzzFeed. Brooks added that, while cops were assaulting the other African American or Latino teens at the party, they completely ignored him while he stood there filming.

The conflict here is one of race and distrust. On Monday, conservative, Houston-based talking head Michael Berry said on his nationally syndicated radio show that the teens at the party were yelling “like jungle animals” and were “wild, crazy, and out of control.”

“He showed up to people, and yes, they’re probably white people scared to death, peeking through the blinds, ‘Oh, my God, there’s a bunch of black people and they’re out on the streets and they’re fighting and carrying on, and they’re playing that music from Jay Z.’ And they’re scared to death,” Berry said, justifying Casebolt’s actions. “That’s who his bosses are. He’s there to keep the peace in his community.”

Why did the white neighbors immediately assume the presence of minorities meant danger and criminality? Why was the police officer’s first instinct one toward violence? These are assumptions that most Americans take for granted—people in the largely white Dallas suburb wouldn’t take too kindly to a group of racially mixed teens partying at their neighborhood people—but they’re ones that deserve a bit more scrutiny.

Sentencing Project Research Analyst Nazgol Ghandnoosh began working on the report to understand research showing that if people—whites in particular—made stronger connections between blacks or Latinos and crime, they were more likely to support harsh criminal justice polices. However, when Ghandnoosh started digging through decades of research on the subject, she found something interesting.

While whites were significantly less likely be the victims of crime than blacks or Latinos, they were far more likely to be in favor of punitive punishments like the death penalty, trying minors as adults, and three strikes laws. The people who are most likely to be affected by crime don’t think punishment is the solution, but those less likely be affected by crime want it dealt with as strictly as possible.

All of this coverage works to create sense of fear, a sense that blacks or Latinos are something whites need to be scared of.

She found a bevy of studies about how crime was portrayed on the news and discovered that the media tends to cover crimes where the perpetrators and victims fall into neat racial boxes—black or Latino suspects and white victims.

“It is documented that the media over-samples crime committed by people of color and over-represents whites, and in particular white women, as victims of those crimes,” Ghandnoosh said. “That’s significant because that combination isn’t the most common combination, it’s also not the least common combination. It’s not as if the most unusual are selected, because that would mean picking cases where a white person was killing a black person or a woman was killing a man. It’s somewhere in between and it feeds into this stereotype.”

One study of how newspapers covered murders in Columbus, Ohio, found that while the murders were both largely committed by and were against African-American men, the ones reported on were most likely to involve white, female victims and black, male perpetrators. Another study found that only 10 percent of crime reports around the country had whites being victimized by blacks, but those incidents represented 42 percent of all TV news stories about crime.

It isn’t just how often the news portrays whites as victims and blacks as perpetrators; it’s also that black and Latino suspects are more likely than white suspects to be shown in mug shots rather than more humanizing photos or be presented as unnamed or de-individualized.

All of this coverage works to create sense of fear, a sense that blacks or Latinos are something whites need to be scared of. It’s something that operates on a subconscious level as much as it does on a conscious one, and affects even people whose public personas would seemingly indicate an immunity from such biases. Civil rights leader Rev. Jesse Jackson once famously told an audience in Chicago, “There is nothing more painful to me at this stage in my life than to walk down the street and hear footsteps and start thinking about robbery, then look around and see somebody white and feel relieved.”

Jackson is far from alone. In a 2001 study, psychologist Keith Payne showed college students pictures of a person’s face and then asked them to identity an object that either a gun or a tool. When primed with a black face, subjects were more likely to misidentify a tool as a gun than if they were shown a white face.

“Together, these studies reveal that even white Americans who denounce racism still hold unconscious and unintentional racial biases, associating people of color with criminality,” wrote Ghandnoosh. “By demonstrating that race distorts perceptions of risk, this research sheds light on the circumstances leading to the deaths of unarmed men and women including Amadou Diallo, Sean Bell, Oscar Grant, Trayvon Martin, Renisha McBride, and Michael Brown.”

It’s easy to say that the video from the pool party mainly shows the action of one bad apple—a McKinney police office who was put on leave before he resigned—especially when the video starts by showing another officer calmly explaining to a group of kids why it’s a bad idea to take off running when they see the cops.

Watching the video from the outside, viewing the kids as the victims and the police officer as that aggressor is natural. However, in the moment, mired in a cloud of racial biases pushing both the neighbors and the police officers themselves to view the black kids at a threat, it easy to see why they would see the kids as a danger that needed to be dealt with as quickly as possible.

The research Ghandnoosh collected indicates that problem is something deeper, a culture that automatically associates dark-skinned young people with criminality.