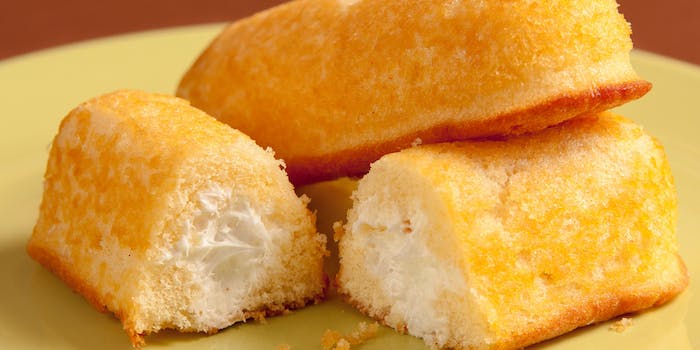 He ate a week's worth of calories in the time it takes the rest of us to eat a hot dog.

Competitive eater Matt Stonie has pulled off some amazing feats before—like downing a five-pound burrito in less than two minutes, for example—but this gut-busting accomplishment is particularly impressive. In just six minutes, Stonie destroyed 120 Twinkies, and took home the first place trophy at the World Twinkie Eating Championship. Stonie’s iron stomach made short work of the competition, and the closest competitor was a full 35 Twinkies behind the champ when the final bell sounded. The event, which was held at Bally’s Casino in Tunica, Miss., was punctuated by a trophy presentation, and Stonie will soon defend his title and attempt to repeat as champion. In 2013, Stonie came in second place.

In case you’re wondering how many calories Stonie consumed during that impressive six-minute run, the figure is north of 16,000. That’s over six days worth of caloric intake for an average person.