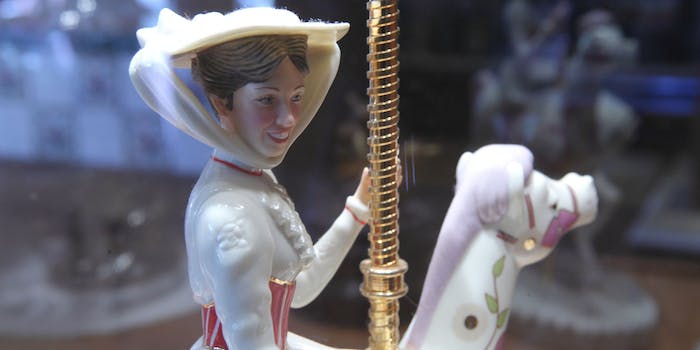 This heavy metal take on ‘Mary Poppins’ is face-meltingly wicked

It'll take more than a spoonful of sugar to make this cover go down.

During Sunday night’s Oscars, Lady Gaga performed an astounding musical tribute in honor of the 50th anniversary of the incomparable film The Sound of Music. Her performance was so powerful that even Julie Andrews herself congratulated the songstress on a job well done.

Perhaps inspired by Gaga, musician Andy Rehfeldt took to the studio a few days after and decided to pay homage to another one of Andrews’s classic musicals, Mary Poppins. But this rocker didn’t opt for a boring medley of “Chim Chim Cher-ee” and “A Spoonful of Sugar.” Rehfeldt put a face-meltingly wicked spin on the cheerful classic “Supercalifragilisticexpialidocious.”

He arranged, performed, and recorded the whole thing himself, with help from vocalists Sera Hatchett and Thomas Hinds.

So smear a little chimney soot on your face, puke up a spoonful of napalm, and get ready to thrash like you’ve never thrashed before. The only thing this nanny is serving up is pure ear-splitting insanity.